Our first choice site for the Ullswater area has always been Waterfoot Park, but it was fully booked this weekend so we thought we'd try a new site...Hillcroft Park. 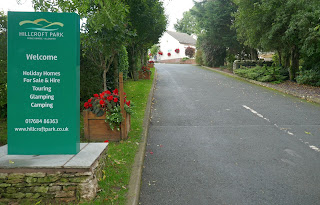 We really like the booking system for this site, it lets you choose a specific pitch number.  We're not very sociable so we booked pitch no. 36 when we saw that pitches 35 and 37 were also free.  There must have been a flurry of late bookings because soon after we arrived somebody occupied pitch number 37 and then quite late on in the evening a motorhome occupied pitch no. 35.  Best laid plans etc...

The pitches are nice and big, though, and separated by bushes, and the toilet/shower block is up there with the best.  Instead of music playing it has birdsongs and other countryside noises.  Very relaxing.  We will probably come back to this site instead of Waterfoot Park, which used to be one of our favorites. 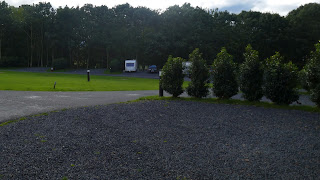 It's nearer to Pooley Bridge village, too, which is where we went after setting everything up.  Pooley Bridge is a bit of a building site at the moment as they are replacing the stone bridge that was swept away a few years ago during storm Desmond. 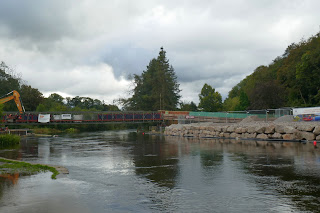 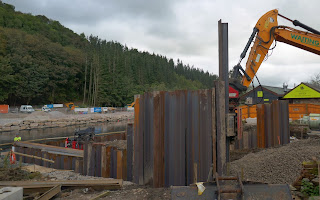 The view from the other side of the river towards Ullswater is much better... 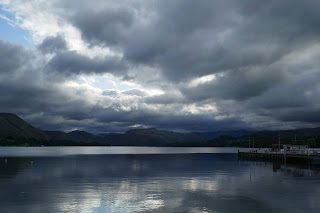 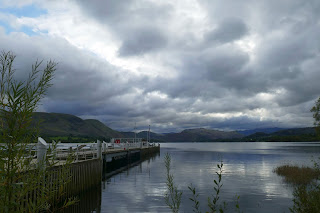 A downside of Pooley Bridge is that there are no freehouses, so if you are not a fan of Jennings, Robinsons or Thwaites beers you've had it.  Fortunately D liked Thwaites IPA.  The Thwaites pub is the Crown, and that is where we had dinner.  Fish and chips is never a good idea but D will never learn!  The Crown has a really nice outside seating area...well, it will be nice when the bridge has been rebuilt. 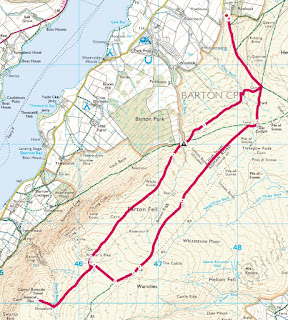 Quite a grey day, but it didn't rain while we were walking.  Excellent views of Ullswater. 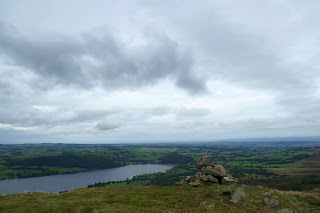 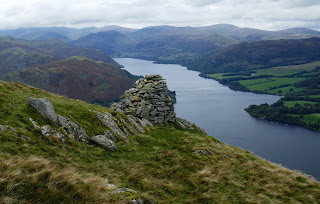 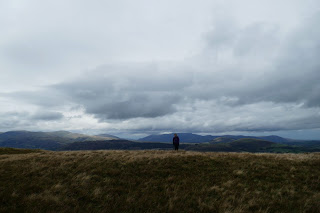 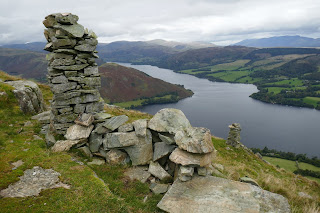 Late afternoon we drove into Penrith and got some supplies from Booths, then we had a night in the caravan.  It started raining around 6.30 and didn't stop all night!

Luckily the rain rained itself out in the night, so we didn't get wet putting everything away, and the journey home was uneventful.

This might have been our last trip of the year.  Hopefully we will be moving in the next few weeks and we are sure to be busy before and immediately after the move.  Maybe a trip mid November?

It would set aside your cash correspondingly as give it astute control from torment and different signs. Studies moreover say that the recuperation of a crippled canine at home is snappier than in a middle. It is on the grounds that it is with his proprietor and getting all the friendship and relationship from him. It additionally passes on apprehension.