Another Sunday/Monday trip due to lack of weekend availabilty and another non club site because they all seem to be fully booked at all times.  A new site, in fact, much smaller than we are used to.  A journey into the unknown!

Calder Farm  is in the village of Bolton by Bowland in Lancashire. 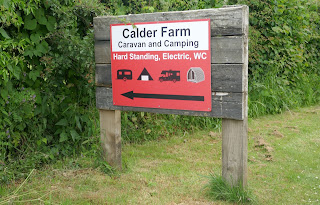 Just 12 or so hardstanding pitches, a couple of pods and a camping field which was empty while we were there.  We thought it would be nice and quiet and so it was, on the first night at least!

A downside of storing the caravan in Lancaster is that we have to go out of our way to pick it up if we want to go anywhere south of Lancaster.  We travelled from Southport to Lancaster then all the way back down to Preston, then back up the A59 to Clitheroe.  20 miles longer than going across country, but faster and no narrow roads.  It turned a journey time of about an hour into nearly two hours!  We are looking for a new storage site somewhere around Preston or Leyland but no joy yet. 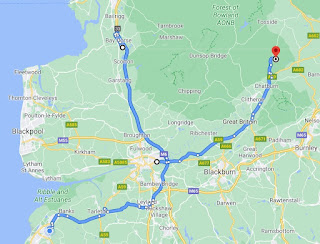 We still managed to get there quite early and with no reception we picked a pitch that looked like it would be easy to get in to.  We forgot to get a new battery so the motor mover is still out of action.  Thankfully, the pitch was very level and D's reversing skills are forever improving, so he got it in quite easily.  The man on the next pitch with his ringside seat was quietly impressed. 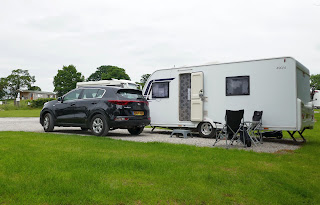 The owners dropped by to welcome us as we were setting up, after checking on their horses in the adjacent field.  Nice and relaxed.

The village of Bolton by Bowland is just a short walk away across a couple of fields and that is where we headed for a pint in the Coach and Horses.  We'd booked a table for dinner a few days previously, thinking it would be busy on Fathers day, so wanted to check it out. 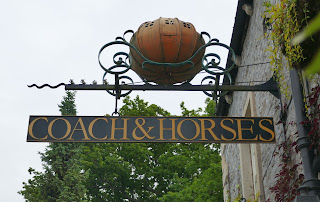 It was quite busy but we only wanted a drink and we were allowed to order at the bar for the first time in ages.  No waiting to catch someones attention...just like old times.

We popped back to the site for a rest and to get changed and then returned for dinner at 6.30.  An excellent meal and a nice bottle of wine. No photo of the pigeon starter as no one else was taking pictures of their dinners - a nicer pub than we're used to on our trips, we even changed out of our trainers!

Afterwards we sat outside the caravan and it was nice and peaceful, much better than our last trip.

The first cloudy day for a while!

We drove to nearby Gisburn forest and walked around Stocks reservoir, about 7 miles.  Just as well it wasn't sunny, no chance of sunburn, but not a good day for pics. 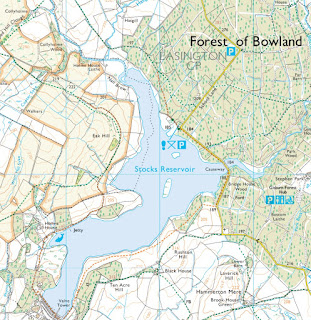 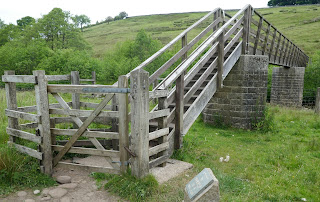 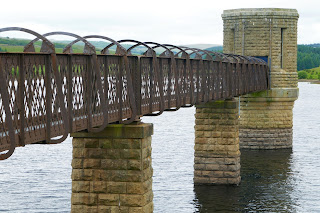 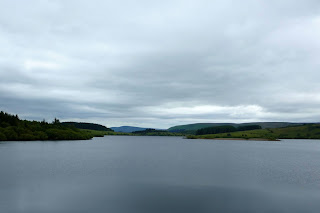 We popped into the heritage centre on the way back hoping to get a cup of tea and some cake, but the cafe was closed. We had to pay for parking even though we left almost immediately thanks to ANPR, but the machine in the other car park wasn't working so we didn't have to pay when we went for our walk.  Funny how these things even themselves out.  A quick trip to the loo too, so spending a penny cost £2!
In the afternoon we drove to Sawley Abbey, which is just ruins but free to visit. A nice pub there but closed Mondays. 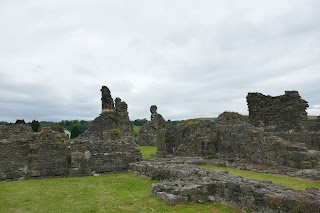 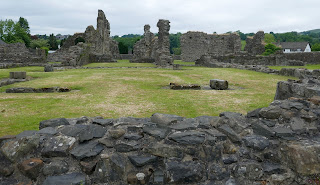 Sawley Abbey
Clitheroe was just a few miles down the road, so we carried on there.  It wasn't even 4pm yet a lot of the shops were shut, and a beer tap place looked promising but wasn't open Mondays.
Back at site it wasn't particularly warm and looked like it might rain so we were debating whether or not to have a barbecue.  What swayed it was just about everyone else having one.  We didn't want to be left out!  It didn't rain and was pretty successful in the end.
What to do afterwards?  Both local pubs were, yes you've guessed it, closed on a Monday, so we couldn't go to either of them.  In the end we walked into the village anyway, as the clouds gradually disappeared. 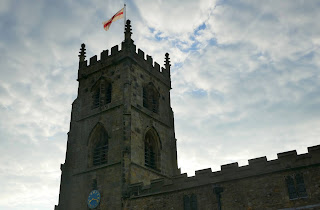 The village church
We sat outside the caravan until it eventually got dark.  It wasn't so peaceful tonight thanks to a wedding reception at a nearby farm which went on until about 1am.  A bit annoying but at least it wasn't inconsiderate caravanners or motorhomers like last time.
Tuesday
We got away quite early and tried not to think about the detour too much as we headed north on the M6 to drop the caravan off. We downloaded some episodes of Cabin Pressure, a very funny Radio 4 series and highly recommended, which passed the time 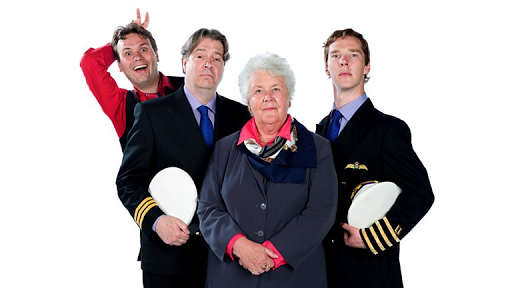 We still managed to get home before midday.  A quick rest then out for J's covid jab.
All in all, a very good site.  A new facilities block with two toilets and showers in each.  Less than we usually see but more than adequate for the size of the site.
Coming soon...
Nothing booked until the end of August but live in hope we will be able to get away somewhere in the next few weeks.