Unbelievable...Fri/Sat availability at one of our favourite CAMC sites...we booked it immediately when we saw it on late availability. 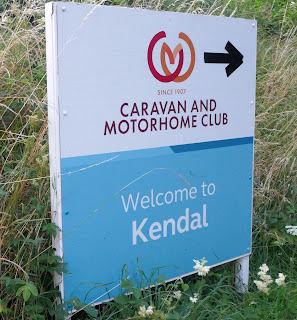 We are not used to Friday traffic so the journey to our storage site took a bit longer than usual, and then D had to change the leisure battery before we set off.  We still managed to get there quite early, though, and were delighted to see the gate fob for pitch no. 22 (second best pitch on the site) hanging on its peg in reception. 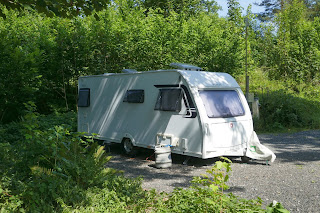 Plenty of space and no other caravans in sight (depending on where you sit).  Not as good as pitch no. 21 but still a very good start to the trip.  The new battery seems to have fixed the motor mover problem, so we had no trouble positioning and levelling the caravan.

Last day of the extreme heat (according to the forecast) so we lounged around the caravan for most of the afternoon marvelling at how quiet the almost full site was.  Then we drove to the nearby farm shop to get some supplies. 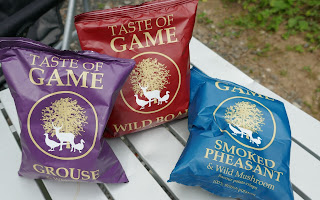 We've been here many times but have always missed seeing the cows being milked but we were right on time this time...but the viewpoint was being hogged by a group of children so we missed out yet again!  We didn't like to elbow them out of the way...not good in covid times, and probably would have got us beaten up by their parents.

We did manage to buy a bottle of raw milk.  At the time of writing this blog no adverse effects yet 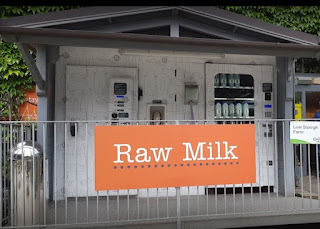 We dropped off the supplies and headed to the Strickland Arms just under a mile away for a couple of pints.  D was delighted to see Swan Blonde on tap.  He's had it at home in a local pub but it just doesn't taste the same outside Cumbria. The barman laughed and said he knew that J was a scouser, as she asked for a glass of Sauvignon Blanc (rhymed with plank and not plonk).  She stuck to Pinot after that.

We didn't stay out late and headed back to the site for the first of two very successful barbecues.  It's a good job we did, as J thought she had forgotten to switch on the fridge when we set up (and she had, but the frozen food had kept everything cool). 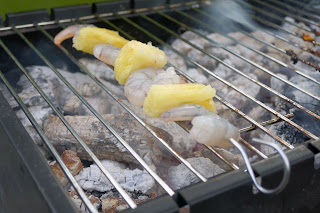 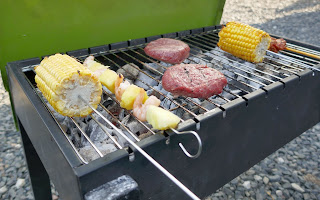 We polished off a bottle of wine, too, so far too much drinking tonight!

We didn't really have a plan for today, half expecting it to be too hot to do anything, but it was much cooler than the previous day so we parked at Sizergh castle courtesy of our National Trust membership and walked up onto Scout Scar. 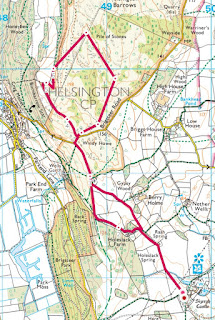 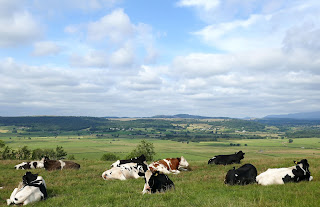 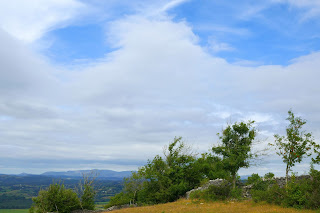 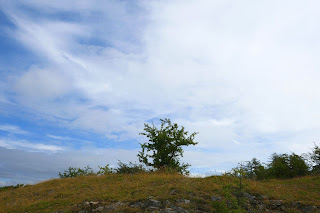 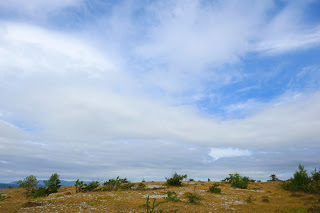 We managed to find three geocaches, which is pretty good going for us - we are lazy geocachers.  We spent about half an hour looking for one which was in a hollowed out stone and must have turned over a hundred stones! 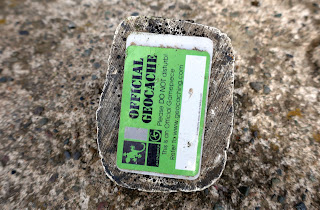 We didn't fancy climbing the tree to get this one, but we're claiming it anyway... 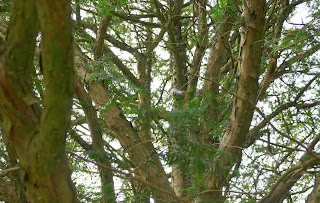 We even managed to pick up a trackable, which has so far travelled just under 30,000 miles around the world and originated in the Netherlands. 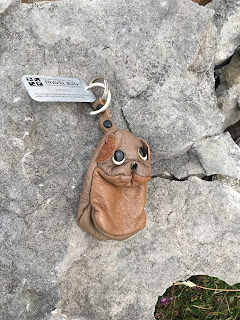 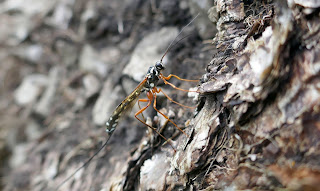 We planned to have tea and cake back at Sizergh castle but the queue was too long and we gave up.  A pity, as we thought we wouldn't be out long so didn't take a proper lunch - a mini pork pie and a boiled egg didn't really fill us up!  In the afternoon we lazed around the caravan and then had an early barbecue.

We went for a short walk along the river in the evening and ended up in the Strickland Arms again. 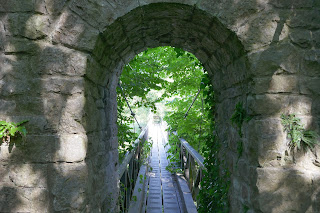 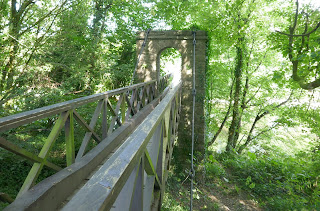 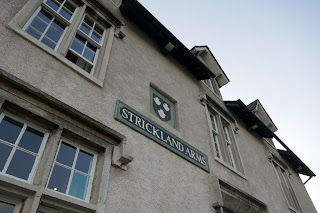 We left quite early and as usual listened to the Archers and an episode of Cabin Pressure on the way home, which featured books and films that sound better with the last letter missing...

Far from the madding crow

Three men in a boa

Well, it made us laugh and we tried to think of others on the way home!  How the journey flew by...

All in all an excellent trip after a few less than excellent trips.  Almost back to normal with Covid 19 pushed well into the background, trips like this are why we have a caravan.

It would have scored 10/10 if D hadn't spotted the first spider he's ever seen inside the caravan!

Nothing booked until the end of August but we will try to get away again before then.