A first visit of the year to what might become one of our favourite sites...Thornbrook Barn, Ingleton.  It's easy to get to, the pitches are massive, the facilites are ok and there are a couple of nice pubs nearby...oh, and good walking in the area!

Friday
We received our pitch number by email a couple of days previously and it was one we would have chosen anyway.  No check in on arrival, you just go straight to your pitch, which is ok with us.  The pitches are great, with hedges in between, so a bit of privacy!  We positioned the car carefully, too, so that the people opposite couldn't see us and we couldn't see them when sitting outside! 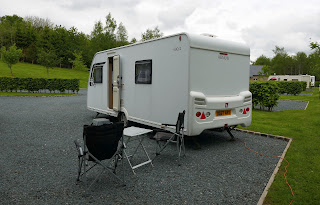 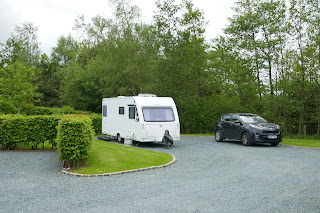 A quick trip to the nearby farm shop for essential supplies... 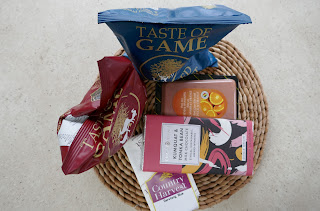 Then we headed into Ingleton.  We stopped off at the Falls cafe, which is new, we think, and then on to the Old Post Office micropub which has changed quite a lot since we were last there! 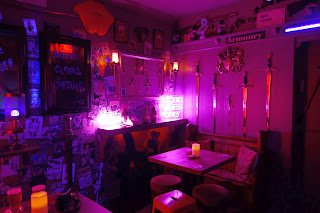 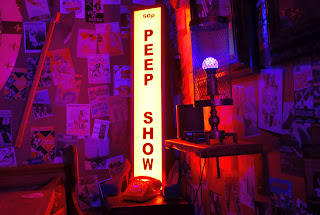 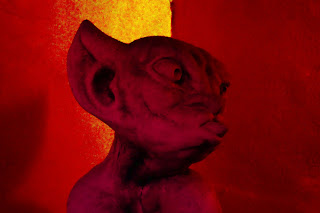 The pics are of the back room, which is Soho inspired, the front room is more conventional.  We liked it, but others looked in and chose the front room instead.  The manager or owner said it was speakeasy style.  Apparently there are many places like it in the northern quarter in Manchester...only about an hour by train from us!
Then we had dinner in the Bank Top restaurant, which was excellent and almost empty, then back to the Old Post Office.  We had far too much to drink!
Saturday
Not a great weather forecast today, but better than the last time we went for a walk from Horton-in-Ribblesdale station.  Moughton Scars and Long Scar were the objectives.

Quite a long walk for us at over 8 miles, probably a bit too much, but despite the ominous looking clouds it didn't actually rain.  Pretty spectacular limestone pavements. 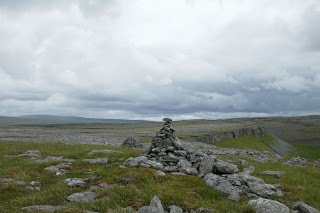 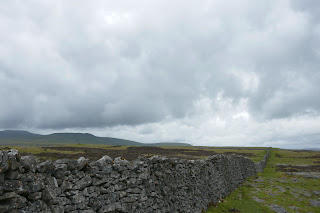 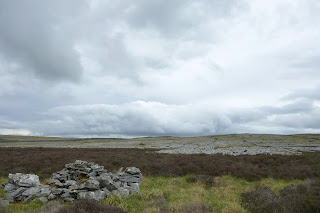 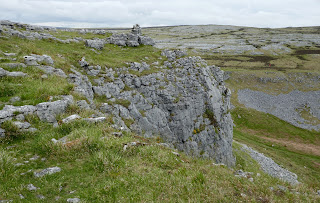 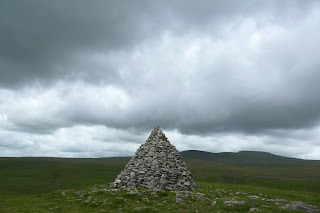 Up close and personal with some cows on the way down... 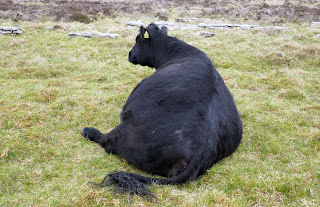 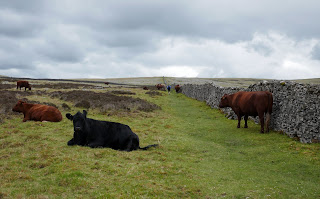 Lots of people around, runners and, we think, people doing the three peaks challenge.  All much fitter than us!
Back at site we had a pretty successful barbecue and it was warm enough to sit outside the caravan until quite late in the evening. 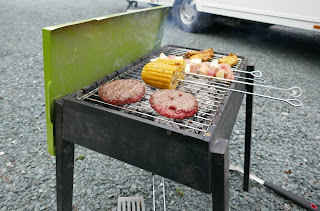 Sunday
We got up and left later than usual but this site is so easy to get to we were still home before midday.
Coming soon...
We'll be staying home for the jubilee bank holiday weekend and then we have a wedding to go to, so we might not be able to get away again until mid June.  Kendal, maybe.