A much anticipated return to our favourite site - the C&CC site in Ravenglass - after a break of two and a half years  mostly due to covid. 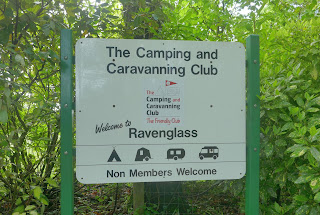 Thursday
A Thursday start to a three night trip.  The journey took over three hours and a lot of it was on narrow, windy roads, so not much fun, but it did include a stop for tea and sandwiches.  The mobile cafe had run out of milk so we gave them one of ours! 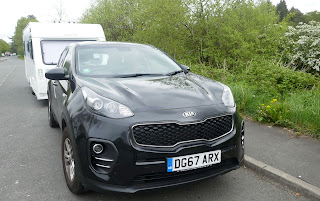 We finally arrived just before 2pm.  We have a list of favourite pitches here and requested one of them when we booked, so no nasty surprises on arrival.
The pitch we got overlooks a field and most caravans choose to face frontwards, which is what we did.  Unfortunately we were in a minority of one this time, so when another caravan turned up later and positioned itself the other way around it meant our door opened onto theirs, which is never a good thing!  Had it been the other way around we would have been fuming!  They didn't seem to mind, though, and in addition to two dogs they had a cat called Sylvester with them! 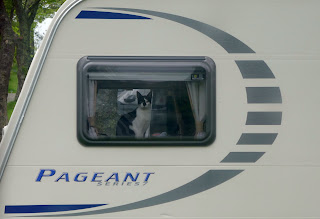 We'd already eaten, so after setting up we strolled into the village only to find everything shut!  The Ratty Arms would open later but the Inn at Ravenglass was closed all day!
We decided against a barbecue because the weather was a bit iffy, with rain threatening.  We had dinner in the caravan and then went for a walk along the shoreline returning via Newtown Knott. 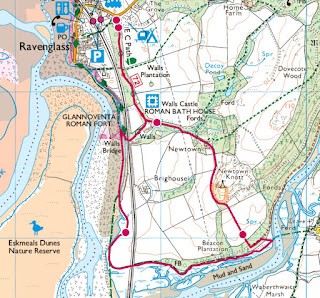 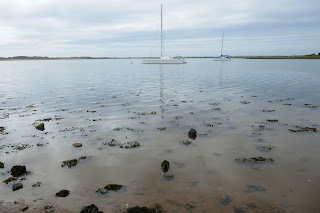 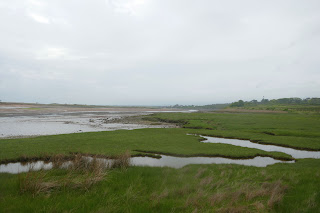 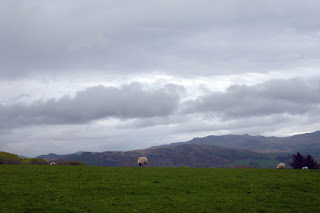 Then we popped into the Ratty Arms and stayed until closing time, which would have been far too long if closing time hadn't been 9.30, and strictly enforced by the barmaid!  It seems the Ratty Arms is more of a restaurant these days, but at least it had nice beers for D!
Friday
A grim day today, weatherwise.
It didn't look too bad in the morning, so we walked to Muncaster castle.  The rain started just as we sat down to enjoy their owl display and it didn't stop until the evening.  We retreated inside the castle as soon as it opened at midday, but then had to walk home in the rain.  We got soaked!
We had dinner in the caravan - courtesy of the visiting fish and chip van - then ventured out to the Inn at Ravenglass for what turned out to be a pretty good sunset.  The Inn at Ravenglass has only just re-opened after covid and it doesn't seem as nice as it used to be.  Maybe it will be back to normal for our next visit. 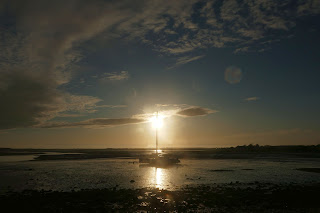 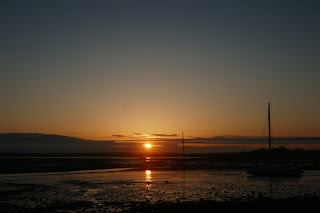 Saturday
Much better weather today, so we went for a walk around Devoke Water and two of the hills that overlook it...White Pike and Yoadcastle. 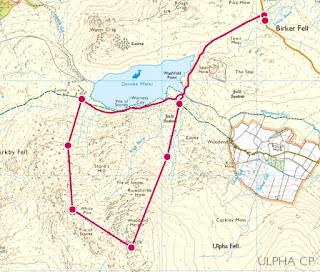 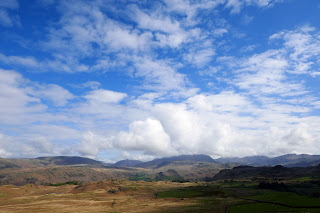 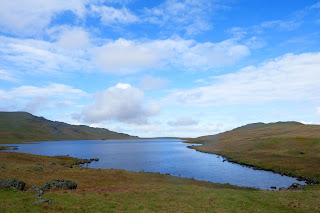 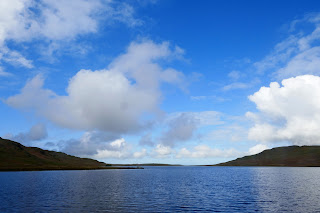 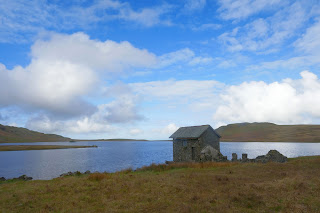 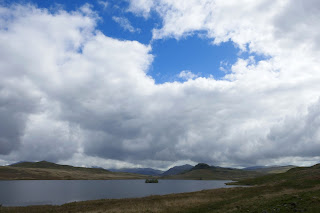 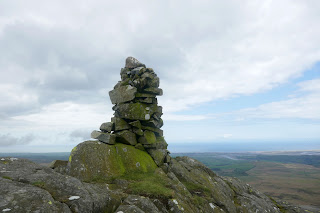 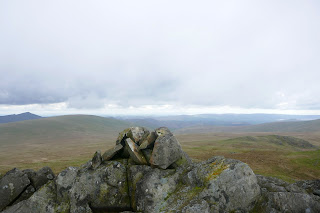 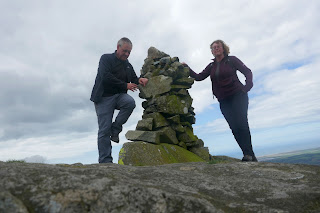 Not dancing...just caught out by the 10 second self timer!
On the way back we stopped off in Boot and had a pint sitting outside the Brook House Inn.
Then we headed back to the site for a pre booked dinner in a packed Ratty Arms, followed by  a couple of drinks in the Inn at Ravenglass.  It was only then that we saw their menu, which was much better than what we'd just had in the Ratty Arms!  Oh well, next time... 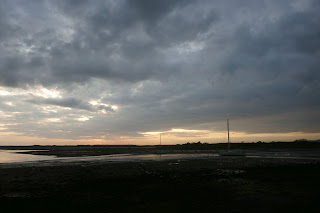 Sunday
We left at 9.30 and got home at 12.30, so another long journey.
Not the best ever trip to Ravenglass, the weather spoiled it, but still pretty good.
Trip rating: 7/10
A quick word about cats.  We didn't see much of Sylvester, the cat next door.  They took it for walks on a lead from time to time but we didn't get to stroke it.  A small ginger cat was much more friendly.  We think it lives on the site but it doesn't seem to belong to anyone!  It has a basket and food and water under a bench by the toilets.  Not sure what happens in the winter or when the site is shut!
Coming soon...
A two night trip to Ingleton.
Posted by Our Caravan Blog at 18:51