Not a typical trip

Our second trip of the year, primarily to attend the Hawkshead Brewery spring beer festival.  We think they made a bit of a mistake this year in holding it before the nearby C&CC site opens (it opens next week), and the nearest site we could get to Staveley was the C&CC site in Bowness, Braithwaite Fold. 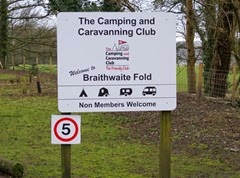 We’ve been here once before.  Not one of our favourite sites…small pitches close together and cramped facilities, but we managed to get one of the bigger pitches this time and didn’t have to queue for showers etc.  It’s very handy for Bowness-on-Windermere. 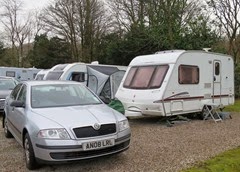 After setting up, we noticed yet again that the water heater wasn’t working.  After a while the penny dropped and we realised it hadn’t been switched off after we left last week.  We have been draining the water down in case of frost, and when we plugged in the hook up before filling it back up it overheated and cut out.  All sorted now and we’ll be more careful with our checks in future!

We were joined for the beer festival by J’s cousin, GW, who stayed at a nearby B&B.  After rendezvousing at the site, there followed a lengthy discussion about how best to get to Staveley…bus, train, taxi, a combination of all three.  We decided to take the bus, This turned out to be the most expensive option as the cheapest ticket to get there and back was a dayrider at £10 each for a 5 mile trip!  Pretty much door to door both ways, though, and after a few drinks we managed to forget about the cost.

Lots of beers sampled and a great atmosphere.  D’s favourite beer, Epic Pale Ale from NZ.  Not really available in the UK, so he will probably never get to drink it again!

Joined today by J’s other cousin IW and his partner LK, for a walk in the area around Gummers How. 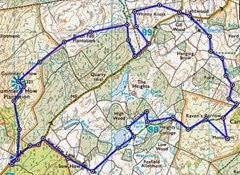 Not a great day weather-wise and we managed to get lost a couple of times, but an ok walk nonetheless.  Very boggy in places, especially when we were lost.  We made it to the tope of Gummers How, 312 metres.  Well, four of us did, one took the easy route along the road back to the car!! 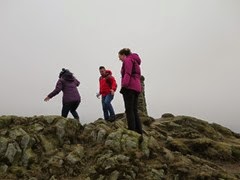 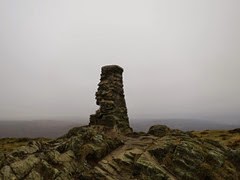 Afterwards we had dinner in The Elleray Hotel, Windermere, another pin in the “Pub stops of the Lake District” map.  Omelettes all round, excellent. They even had Loweswater Gold - D’s favourite, although they've messed around with the recipe and its not quite the same!

After saying farewell to GW, IW and LK, we stayed in the caravan all night.  A very windy night, perhaps the windiest night we have ever spent in the caravan!  We felt sorry for the people in a nearby tent!

Improving weather today.  In the morning we popped into Ambleside and then went for a short walk to Orrest Head, with views over Windermere village and the lake. 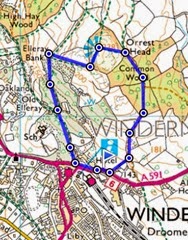 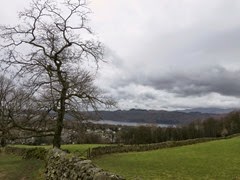 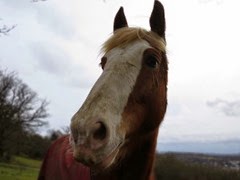 After lunch in the caravan, we strolled into Bowness and had a look around the shops.  It was blue skies by now, leading to a not bad sunset. 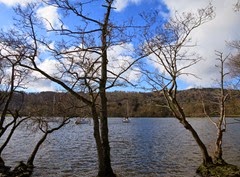 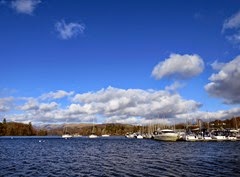 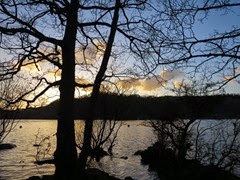 Dinner in the caravan, then back to Bowness to sample the nightlife.  Had a great time in the Hole in t’Wall pub, with D and another man with surprisingly similar musical taste taking it in turns to select songs on the jukebox and probably upsetting the locals who wanted a nice quiet drink.  Plenty of obscure 80’s indie songs to choose from.  Stayed until closing time.

A cold night, so much so that D brought the water pump in.

Up early and thanks to our much nearer storage site we were home before midday.

Nothing booked but we will go away again in a couple of weeks, possibly to the Ravenglass C&CC site.