We’re back after almost a three month break.  We would have been back earlier had it not been for D’s laser eye surgery, which put him out of action for a while.  Only one eye treated, so he now has monovision, which takes up to six months to fully get used to, but means he shouldn’t need glasses for anything…for a while, at least.  Distance vision is great, it’s close up vision that is taking longer to get used to. 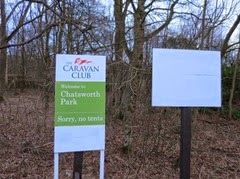 Chatsworth Park Caravan Club site.  A site we have wanted to visit for a while but haven’t been able to because it seems to be permanently fully booked.  A solitary pitch on CC late availability…booked it instantly, not realising Chatsworth House is closed for the winter!

No arrivals before 1pm due to a narrow approach road, so we didn’t leave our house until around noon.  We have a new storage site which is less than five minutes away, so we were on the road at 12.10.

Positioning the caravan is no problem these days thanks to the motor mover.  Lots of hungry ducks and other birds on site, and a bird feeder right outside our window.  We liked it so much we bought the same one from Amazon for just £9.99…our cat might like it more! 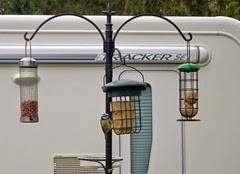 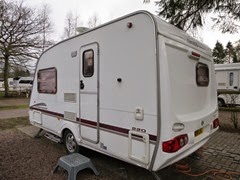 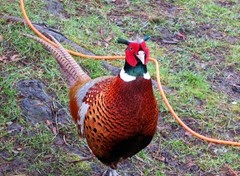 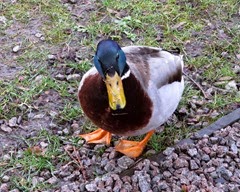 A bit of a panic when we thought the hot water heater wasn’t working, but it turned out we hadn’t switched it on!  There are two switches.  The only thing that didn’t make it through the winter is a catch on one of the rooflight blackout blinds, easily fixed with a dab of superglue.

Chatsworth House was shut but the grounds were open, so we strolled up to the very impressive looking house, before heading to the nearby village of Baslow. 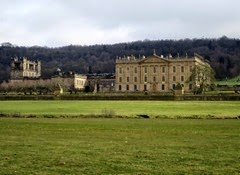 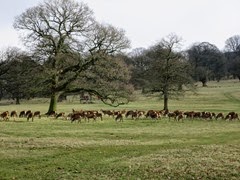 Herd of deer in the park

Three pubs in Baslow, we thought the Devonshire Arms was the best of them and stayed for dinner.

Pretty good weather, so we went for a walk in the park and beyond – which turned into a 10 mile hike! 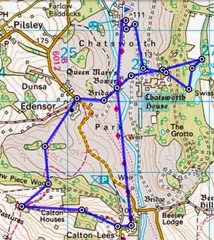 Yesterday we saw a herd of female deer and wondered where all the males were.  Today we found out… 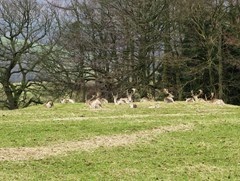 We also saw some cute donkeys… 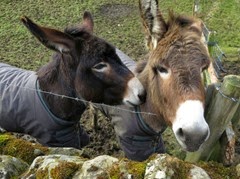 Found a few geocaches on the way and got back to the caravan just as the weather started to change.  Quite a windy night, but the heavy rain that had been forecast didn’t materialise.  Had dinner in the caravan, listened to the radio and played scrabble (D won for a change). 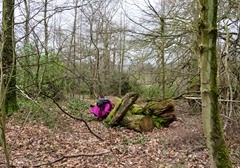 J looking for a geocache 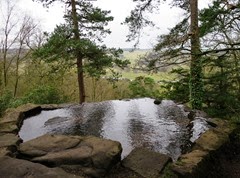 Pool that feeds an aqueduct in the hills above Chatsworth House

It’s great having a storage site so close to home.  After dropping the caravan off we were home in minutes, although D had to go back when he realised he had forgotten to disengage the motor mover.

All in all, a very good first trip of the year.

Braithwaite Fold C&CC site, Bowness-on-Windermere.  The nearest (open) site we could find to the Hawkshead Brewery in Staveley, which is having it’s spring beer festival!