Back after a break of about a month, during which time we almost gave up touring for the lure of a static caravan.  We (D) realised at the last minute that there are a lot of places we would never be able to go to again (in the same way).  There are only a few places that we are prepared to give up the gypsy lifestyle for, and we can’t afford them!  We compromised on north Lancashire, to the point of putting down a deposit, and then changed our minds at the 11th hour!

Instead, we have bought a new touring caravan which we will pick up in a couple of weeks, but more of that in the next blog.

Waters Edge, Crooklands, a new site for us.  Just off junction 36 of the M6, so nice and easy to get to.

We arrived early and, having read reviews on UK Campsite, we weren’t put off by the entrance…you have to go through a coach park to get to it.

It’s a long thin site with a river one side and a stream which feeds the Lancaster canal the other.  Quite nice, we thought.

Pitches are quite small and we only just managed to get the caravan and car in, but a nice view of open farmland at the back. 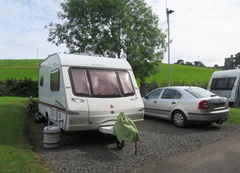 Lots of greedy ducks, too, fortunately we had plenty of bird seed… 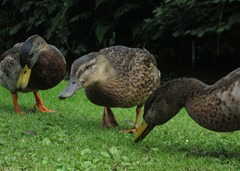 After setting everything up we had a wander around the site and discovered the men’s toilets and showers were out of order!  Uh oh!

The we realised we had forgotten our towels, so it was off to nearby Kendal to get some.

Toilets still out of order when we got back!

Had a stroll along the canal, which sees little or no traffic this far north.  It actually stops a couple of miles further north, but we didn’t get as far as that. 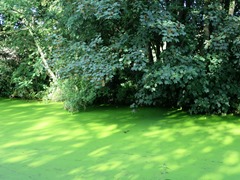 Phew, toilets were open when we got back.  It turns out the out of order sign was put up in error, it should have been to warn of a wet floor.  Once inside they were pretty poor compared to what we are used to at CC and C&CC sites, and D was not happy when he went for a shower and found one of only two wasn’t working.  Water squirted in all directions and everything got drenched!

Anyway enough moaning.  We had a nice barbecue and spent the evening in the caravan.

A short drive to nearby Hutton Roof crags, which we drive past every time we come to Cumbria. 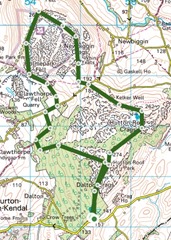 Excellent views and we liked the limestone pavements, but a longish walk on a hot day and only two bottles of water…we were pretty tired at the end of it.  As is customary, we got a bit lost at the end trying to find a shortcut, which didn’t help. 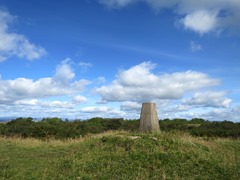 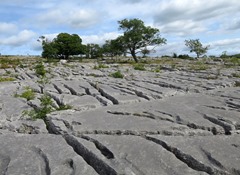 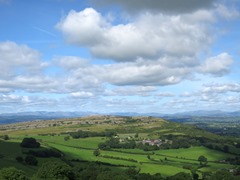 The plan was to go the the nearby Crooklands hotel in the evening, but we just lounged around the caravan and fed the ducks instead, before retreating inside when the cold got too much for us.

High excitement!  In a couple of weeks we pick up our new to us caravan and then we are away for five days in north Cumbria.  Castlerigg Hall, then somewhere else to be decided.