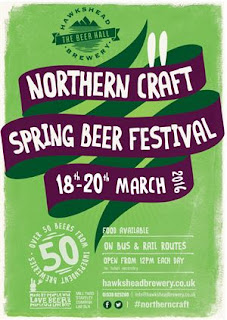 The nearest site to the Hawkshead Brewery beer hall is the Windermere C&CC site, about a mile and a half walk across fields or a bit longer on roads.


One of our favourite sites, we got very excited when we discovered a static caravan for sale on their website for £9,995.  Very affordable, but the catch is the fees...almost £4,000, and only a five year licence.  Still very tempting, but fate took a hand and it was sold by the time we arrived and we didn't even get to see it.


We arrived very early and had plenty of pitches to choose from, so we chose the shadiest one we could find!  We only realised how shady it was after we had unhitched and positioned the caravan.  Too late to move. 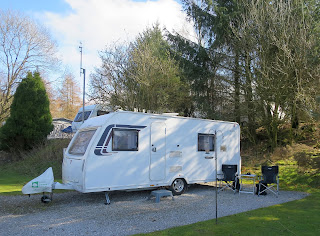 D managed to sit outside for a bit, but it was quite chilly in the shade.


We headed off to the beer festival around 3pm, stopping on the way to check on our geocache. All ok, but after removing the packets of chewing gum some kind person had deposited we arrived at the beer hall with sticky fingers!


So many beers and so little time.  Well, quite a lot of time as it turned out, we didn't get back to the caravan until 11pm after sampling about a dozen beers.  No killer beer for D this time, although all but one were ok.  Best brewery was Anarchy, with four really nice beers, but D's favourite was Inhaler from Magic Rock brewery.  He even got to try Hawkshead Brewery's own, Iti, whcih has always been unavailable on previous visits.  A really good atmosphere and not too busy, we even managed to get a comfy settee for a while.  Same time next year.


Some exercise today to burn of the calories of the previous day.  A not too strenuous walk up Troutbeck Tongue, 364 metres. 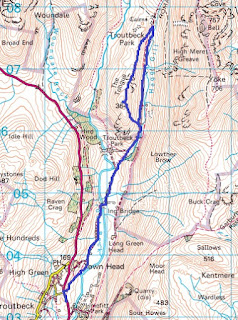 It started off cloudy but turned into a really nice day, with plenty of blue sky and sunshine.  Pretty easy going apart from the final short climb. 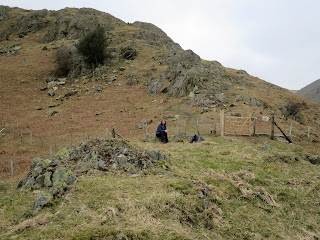 J half way up 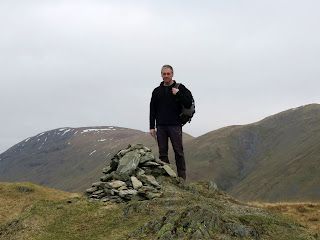 D at the summit 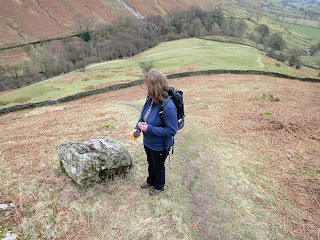 No geocaching this weekend...GPS batteries and spare batteries dead.  Good job we didn't get lost!

In the afternoon we headed back to the beer festival, but only stayed for a couple of hours this time.  It was a lot busier than yesterday.

Spent the rest of the night in the caravan listening to Jazz FM and reading.

Back home before midday, water drained out of the caravan again just in case, but we think the cold weather is behind us now.