We thought this weekend wouldn't be too busy after the bank holiday weekend, but no, a quick look on late availability showed there were no vacancies on the Friday at least.  We'd booked this trip a while ago, but don't like going to completely full sites and thought about cancelling, but the weather is so nice at the moment... 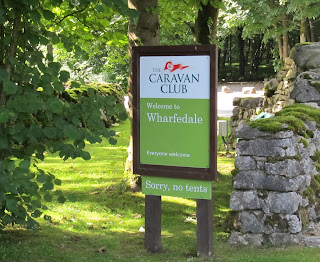 Several reviews of the site complaining about people taking shortcuts across pitches made us choose a pitch on the edge, up against a wall.  There weren't many to choose from and after driving around for a bit we chose one as far away from the toilets as it was possible to be, with a public footpath behind the wall.  We only noticed how close it was to the children's play area when it was too late to move!  Not a great start.  Reviews were right, most people were walking across other people's pitches without a care in the world, which we think is not on!  Loud televisions and radios were a problem, too, but fortunately not near us.  Enough moaning, our pitch turned out to be ok. 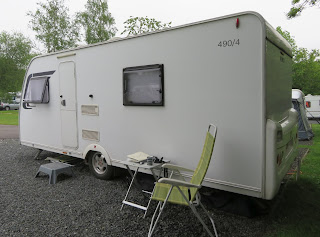 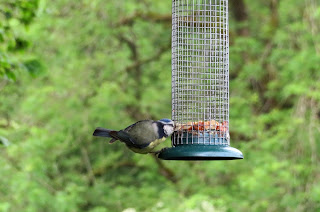 We got a bus into Grassington and had a look around and a couple of drinks, then got the last bus back to the site and had a barbecue, along with most other people on the site.  Despite being completely full, our part of the site was pretty quiet in the evening.

So much for the nice weather, today started off grey and overcast and got worse.  Undaunted, we went for a 7 mile walk around nearby Buckden. 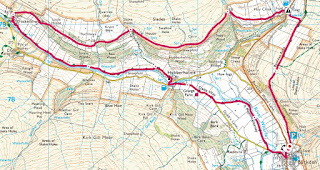 It rained most of the day, so the pics didn't turn out too well. We did manage to find a few geocaches along the way, which is something we have been neglecting recently. 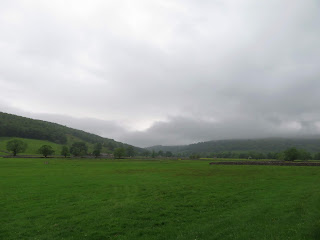 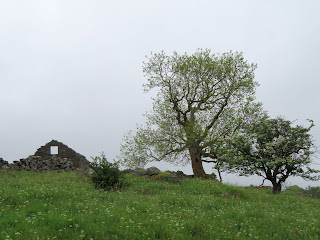 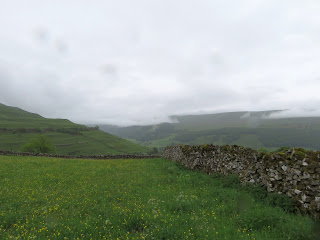 We came across a nice pub towards the end of the walk and then stopped off in Kettlewell on the way back, but couldn't enjoy the great selection of beers too much because we were driving.  Should have got the bus!

Back on site the weather cheered up a bit.  We walked over to the onsite pub but didn't like the look of it so we didn't even venture in.  Instead we sat outside the caravan until it got too cold, then retreated inside.

A mass exodus.  We left quite late for us, around 10.30, and there were loads of vacant pitches and people still packing away.

Like our last trip, this one was ok rather than great...due to the weather and the site being so full and other people!  We need a great trip to even things up.

A week off work for both of us, with trips to Ravenglass (our favorite site) and Barmouth.