After a couple of average trips we were hoping for a really great one at our favorite site - the C&CC site at Ravenglass.  As usual, it didn't disappoint. 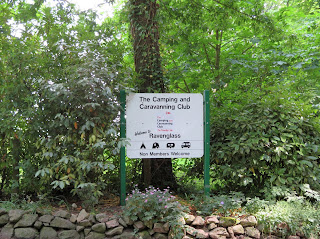 We arrived after a three and a bit hour journey (with a stop for tea) and were given a great pitch overlooking adjacent fields, but no pic of the caravan or view this time...we forgot to take one!

Our bird feeder was a great success, including a couple of woodpeckers. 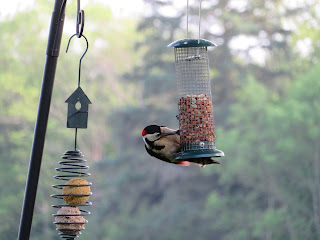 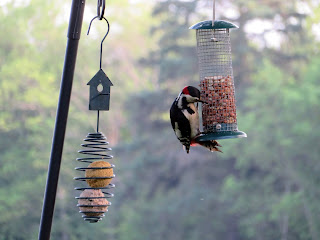 As usual, we headed straight for the nearest pub, which was the Inn at Ravenglass and had a drink sitting outside, with great views of the estuary.  Going to Ravenglass is like going back in time...so quiet and peaceful, today at least. 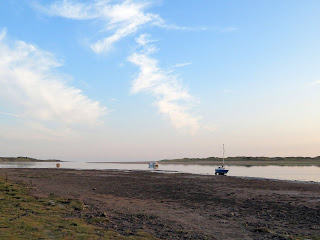 We popped into the Pennington hotel and the Ratty Arms, too, then headed back to the site for a very successful barbecue.

Afterwards we headed back to the Inn at Ravenglass for the first of three great sunsets. 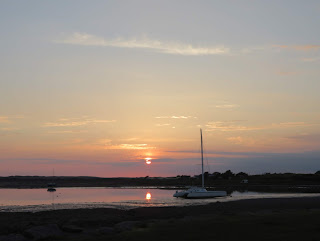 
We thought a 7 mile walk around Ennerdale water would be easier than hiking up a mountain on a hot, sunny day, and it was probably was...although it didn't seem it towards the end.  The sunshine was a bit hazy all day and at one point the clouds were quite dark, but it didn't rain.  It would have been quite refreshing if it had! 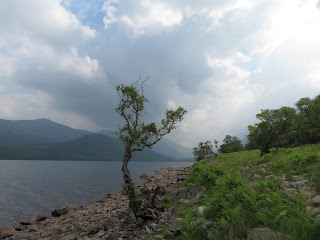 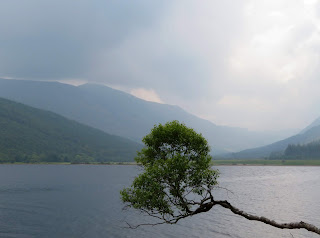 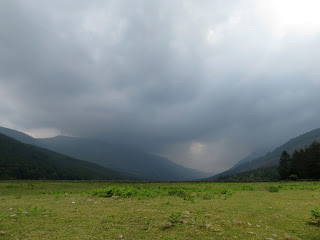 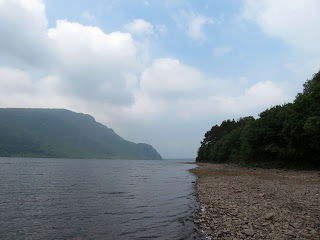 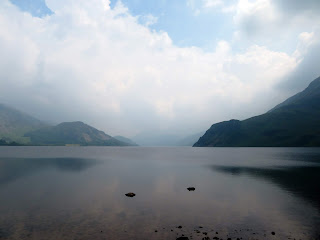 We didn't stop off anywhere on the way back and had a relaxing afternoon sitting outside the caravan, then another barbecue.

Then another pretty good sunset. 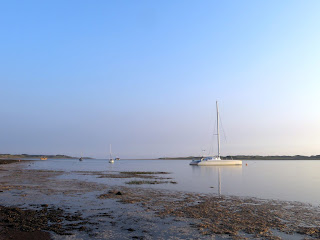 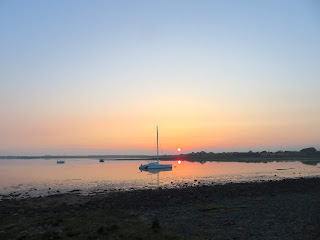 We popped into the Ratty Arms afterwards and it looked like it was about to close, with chairs on tables and only two people in, and they left more or less straight away.  Fortunately the landlord said we were just in time and we had a pint and chatted to him for about half an hour.

We got a train to Boot on the Ravenglass and Eskdale railway. 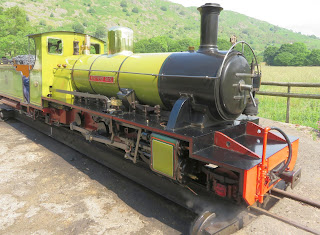 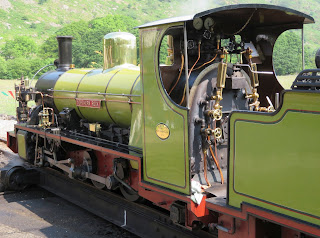 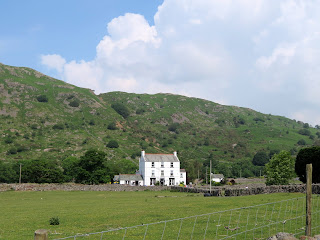 The Brook House Inn, our favorite pub in Boot, Eskdale

We went for a short walk to a nearby waterfall, fortunately most of the time we were amongst trees and in shade because it was another hot, hot day. 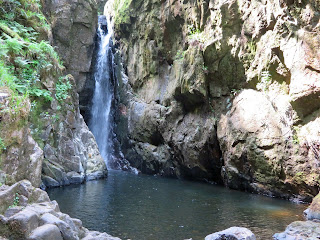 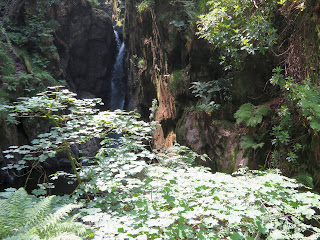 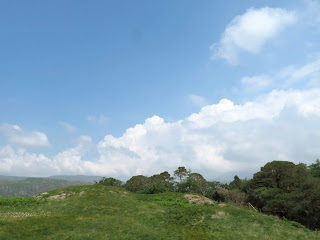 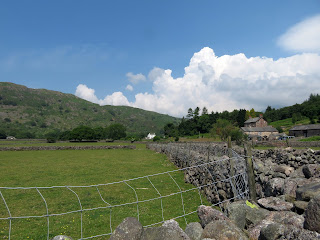 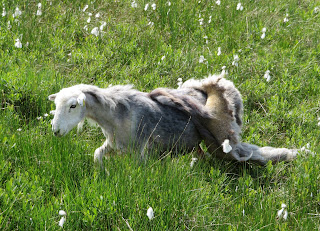 It was the last day of the Boot beer festival, but it was over in all but name.  There was some entertainment, though, in the form of the Cockermouth ukelele band. 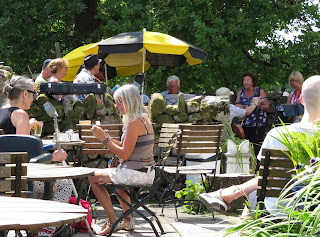 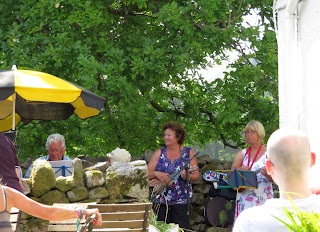 We got back to the site late afternoon and then had dinner in the Ratty Arms, having booked a table the night before, followed by the best of the three sunsets. 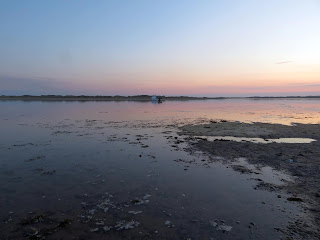 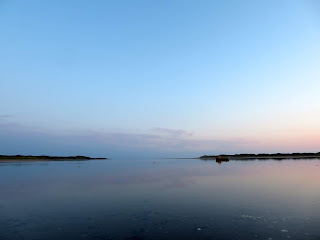 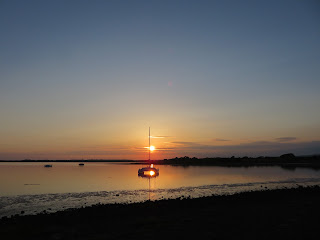 Not exactly quiet, though, thanks to a mother and daughter from St Helens who were staying nearby and had been drinking all day, and a very posh father and son (we think) from somewhere down south.  All very entertaining.

Just couple of slight negatives - D being eaten alive by midges, and other caravanners!  This time the people in the caravan next to us who had a tv in the awning (we think) and watched it until gone midnight on two of the nights.  It didn't spoil the trip though, we were out most of the time.

We both have a week off work, so we are off to Barmouth after a day of rest.  Hope the good weather lasts.