Hot on the heels of Ravenglass it's off to Hendre Mynach, which is just outside Barmouth.  We have been neglecting Wales recently, and last visited this site a couple of years ago.

Another long journey on A roads, but we managed to arrive quite early and were directed to a great pitch, with hedges separating it from neighboring pitches (other sites take note...we all like a bit of privacy). 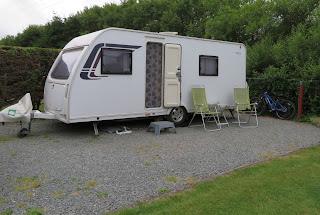 A very rare outing for our bikes, usually it is too much hassle transporting them but this is a site where having them is a great advantage.  Barmouth is a longish walk along the promenade from the site, or a couple of minutes on a bike!

We cycled into town after setting everything up and headed for Myrddins Bar Caffi, which we'd read about on the internet and were looking forward to visiting.  Lots of real ale and craft beers, apparently, which is quite unusual for Wales.  Unfortunately it doesn't open on Wednesdays.  Oh well, the Last Inn and the Tilman were open.  The Tilman is new, we think, we don't remember it from last time.  Elderflower ale for D and a raspberry gin and tonic for J. We were going to have a barbecue but the weather wasn't great, so instead we had an excellent dinner and bottle of wine in the Captains Table.  We just managed to get back to the site before the rain and high winds came.

The plan today was to get a ferry from Barmouth harbour to Fairbourne and go on the miniature railway, but there was no sign of the ferry when we got there.  It was still quite windy, so maybe weather wasn't permitting.

Plan B was to get a regular train to Fairbourne, but we just missed it because we spent too long hoping the ferry would turn up.

Plan C was to walk across the bridge to Fairbourne, which is what we did.  We ended up walking about 10 miles today.

The Fairbourne railway runs for about two miles along a narrow spit of land, ending up at a beach with great views of Barmouth bridge and harbour. 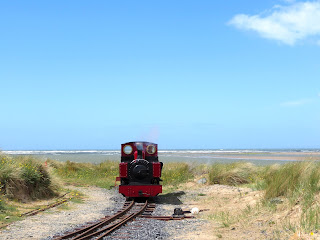 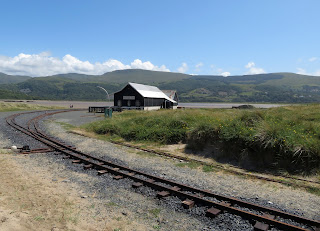 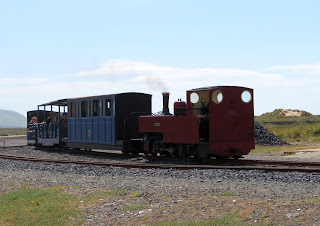 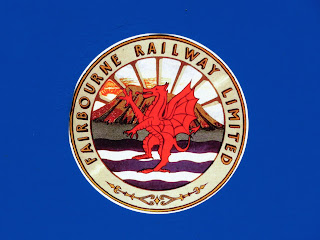 We spent a couple of hours on the beach at the end of the line and ended up a bit sun burnt. 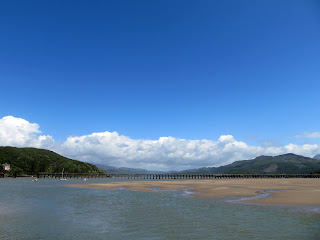 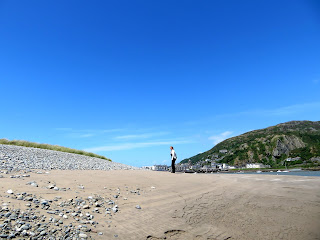 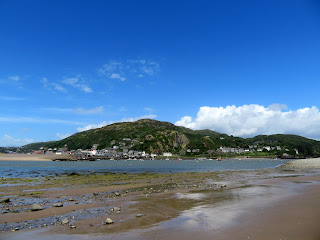 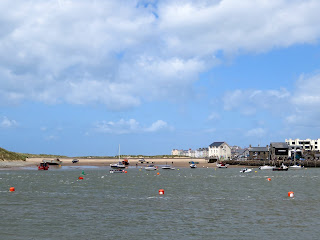 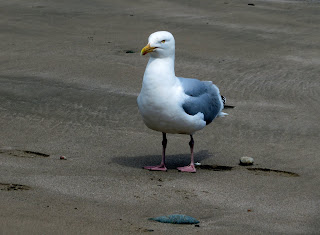 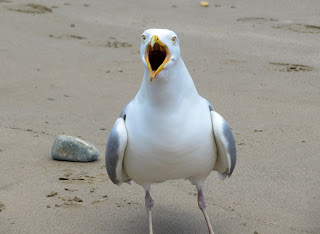 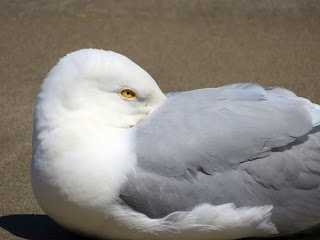 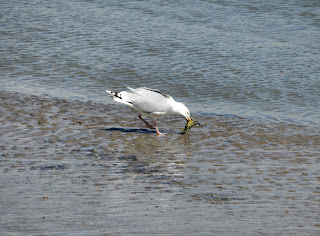 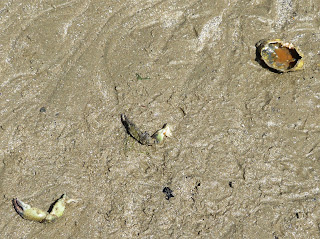 Not much left after the meal! 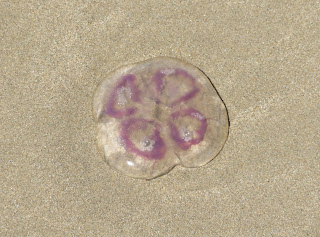 We thought we'd give Myrddins another go on the way back...but it was shut!  It doesn't open until 6pm.

Back at site we had a barbecue, then we cycled back into town...determined to get in to Myrddins.  It was open, but closes at 8.30 and we got there too late for last orders!  Some things just aren't meant to be, so we had a quick drink in the Tilman instead and nearly missed a great sunset. 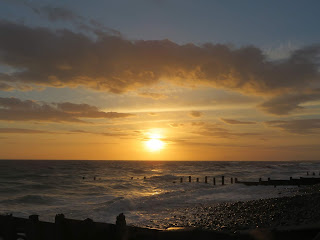 Less windy today, so we cycled along the Mawddach trail to Dolgellau, about a 20 mile round trip 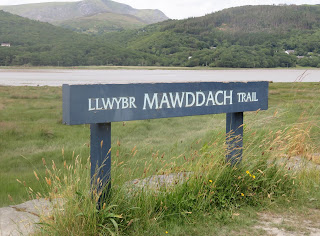 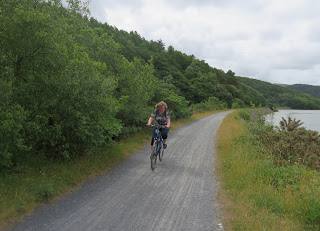 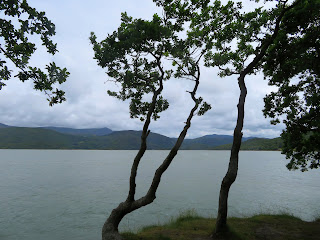 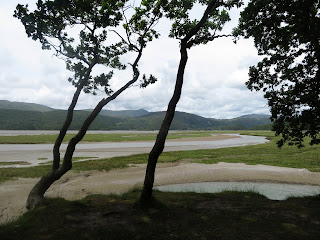 In the evening we had another barbecue. 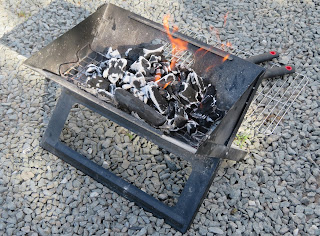 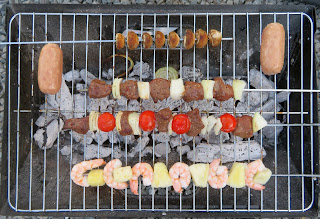 We got through a bottle of wine and wanted more, so D cycled into Barmouth to the Co-op to get another bottle.  Thank goodness for the bikes!  We didn't drink all of the second bottle.

Then another great sunset, albeit a bit windy and chilly. 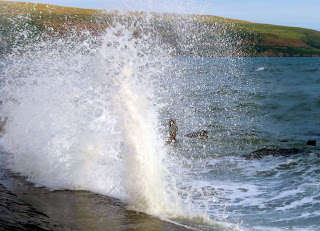 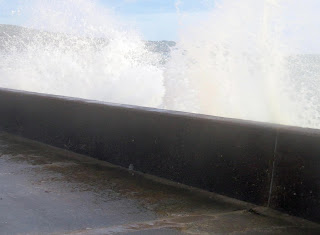 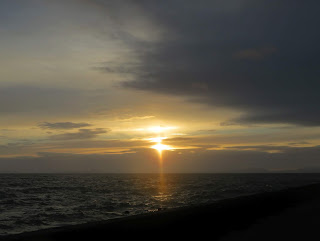 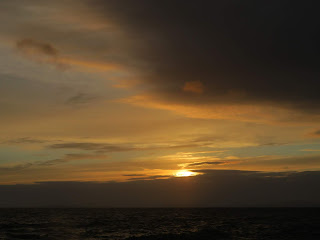 It rained heavily in the night, but luckily it had more or less stopped when we starting packing away.  The journey home was uneventful.

Another great trip.  We like Hendre Mynach and will be back next year.

A short break, then we'll be back in July for a three night trip to Keswick.