Booked a while ago, we were really looking forward to this trip to Castlerigg Hall.  All pitches here are good, but this time we managed to get a super deluxe pitch with uninterrupted views of  Derwentwater and the surrounding hills.  We've never been able to get one of these pitches before.  Be careful what you wish for.


The heatwave continues, and after setting everything up we discovered the pitch's fatal flaw...no shade...at all!  It was too hot to sit outside anywhere on our pitch so we had to go and sit underneath trees in an adjacent field! 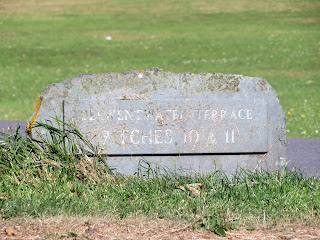 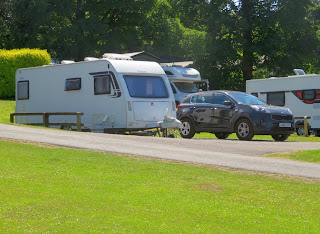 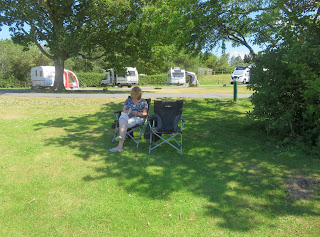 We had a quick drink in the nearby Heights hotel when it opened at 6, and then had a barbecue when it had cooled down enough for us to return to our pitch.  Afterwards it was really nice sitting outside and admiring the views as the sun went down.

What to do in the blistering heat?  We drove to Buttermere and walked around the lake. 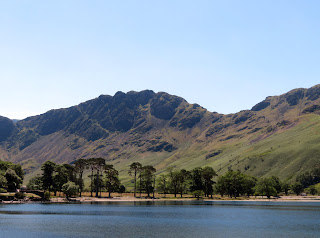 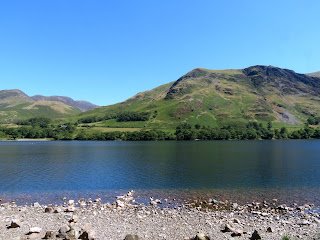 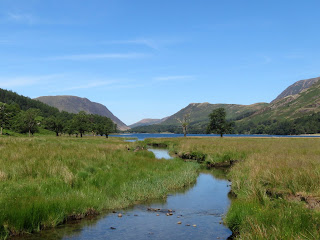 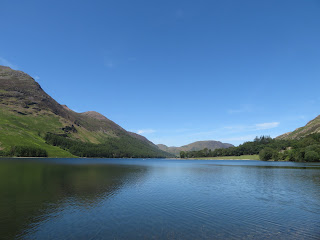 In the afternoon we got a bus into Keswick and had a couple of drinks in the Wainwright, then got the last bus back to the site and had another late barbecue.  Another good sunset, but the pics were rubbish!


D up very early for a walk up Barrow (455 metres) and Outerside (568 metres), from nearby Braithwaite. 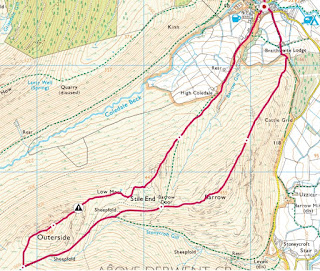 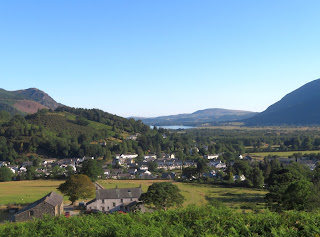 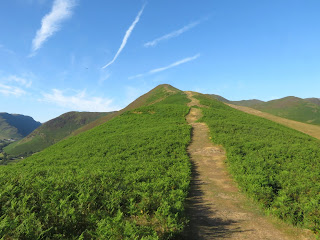 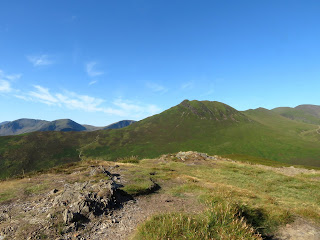 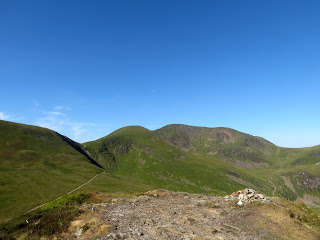 J didn't fancy it, so she waked down into Keswick and got some supplies instead.


In the afternoon we drove to the lake and had a stroll around and a look in the shops in Keswick.  We found a new bar, the Magnolia, which we really liked  Well, it was too hot and sunny to laze around the caravan, our pitch being completely shade free! 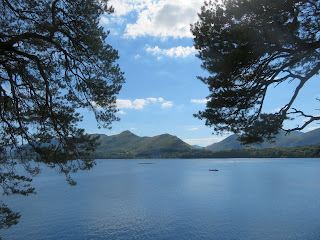 Later our early evening drink in the Heights hotel turned into a surprisingly tasty omelette and chips from their completely vegetarian menu.  The first time we have ever eaten there.

Got talking to another couple on the site, who were also complaining about the lack of shade.


As we were packing up we heard some people asking if they could move to our pitch...hope they were sun lovers.  No problems on the way home.


The Hawkshead brewery beer festival and then Hawes in a couple of weeks.  We might try and squeeze another trip in before then, if we can find anywhere that has vacancies.
Posted by Our Caravan Blog at 12:07