A two in one trip - one night at the Windermere C&CC site for the Hawkshead brewery summer beer festival, then two nights at the Hawes CMC site.  We thought one day at the beer festival would be enough this time, and it probably was.

It wasn't very busy and we managed to get a seat sitting outside under the marquee.  We got chatting to an elderly couple from nearby Ings who have done all 214 wainwrights three times, which put our 116 into perspective.  Then some of their friends turned up and we spent most of the rest of the night with them.  Gone are the days when we used to sit on our own all night!  We even exchanged e-mail addresses.

15 beers sampled by D, which might be a record, but he felt ok at the end of the night and the following day.  We headed back to the caravan around 10pm.

Not many pics this trip because we forgot to bring the camera and had to use phones instead. 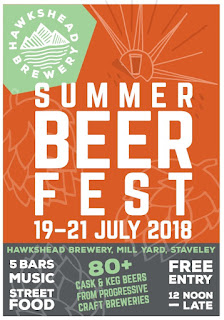 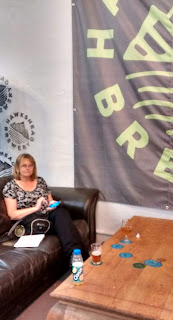 
We set off for Hawes at 11am and it took just over an hour to get there, so not too bad.  On arrival we picked what we think is just about the best pitch on the site, which made up for the fact that it started to rain quite heavily just as we started setting everything up! 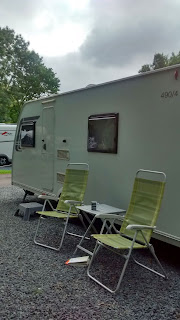 We had to hide away in the caravan until the rain stopped mid afternoon, then we went to the Wensleydale creamery and bought lots of cheese, as is usual when we come here.  Just one drink in one of the pubs on the way back, we thought we should take it easy today.  In the evening we had a chippy special each in the village fish and chip shop, then a quiet night in listening to the radio.

In the morning we went for s short walk to nearby Lovely Seat.  And it was a short walk, less than two miles in total. 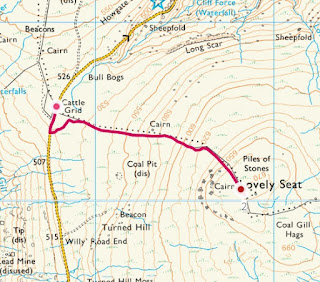 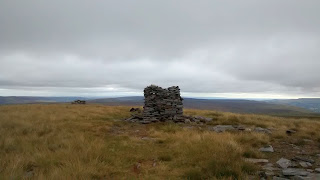 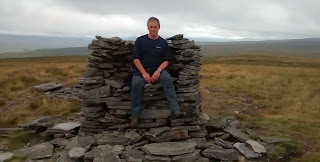 We were back at the site in time for a more upmarket lunch than usual. 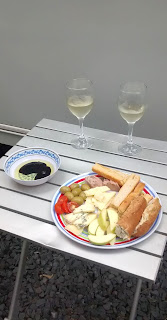 In the afternoon we lazed around the caravan.  It was just about warm enough to sit outside, but compared to recent weather it was a bit of a shock to the system!  Fleeces were needed, for the first time in a while.  We popped to the Green Dragon in Hardraw, but just had one drink.  Not a great selection of beers this time.

After a barbecue we had a couple of drinks in the Fountain, in Hawes, which was our pub of choice this this trip.

We were away by 9.45 and back at the storage place by midday.

Another great trip, in spite of the weather.

Nothing booked until September...school holidays looming!  We will probably try to get away in August but it will be last minute bookings only.