Ingleton - Carry On At Your Convenience

Thornbrook Barn in Ingleton has the potential to become one of our favourite sites.  It's very easy to get to, the facilities are great (in non Covid times...but more about that later) and there is plenty to do in the surrounding area. 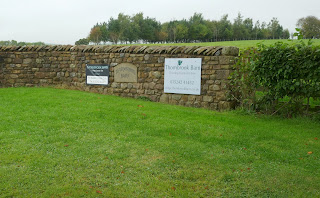 Only a thirty minute drive from our storage site, we arrived pretty much dead on the earliest arrival time of 1pm.  Our pitch was pre allocated, so no nasty surprise on arrival or arguing trying to choose one ourselves.  There aren't really any bad pitches here, apart from a couple right next to the facilities block.  No embarrassing display of reversing from D today... we didn't even attempt what would have been quite a tricky manouvre and just motor moved the caravan in instead! 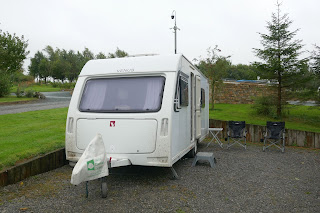 And so to the negatives about the site!  Well...negative.  Their ridiculously over the top Covid-19 restrictions!  Half of the toilets and showers closed and only two people allowed in the building at any one time! If two people are taking a shower you're doomed! There was a notice to say the usage will be monitored. We were picturing the owners up a tree with binoculars!
We were starting to think the pandemic was over, but it's not over at Thornbrook Barn. 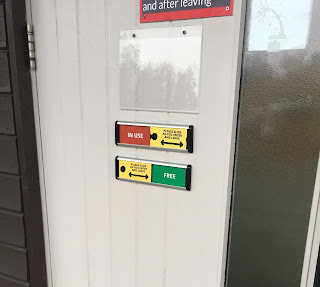 It was a pretty grey day, but we went for a stroll to a nearby farm shop anyway and then to the nearest pub, which was the Marton Arms.  A really olde worlde pub on the outside, it's been there since 1679.  The church opposite the pub is where Arthur Conan Doyle got married.  Had a couple of drinks sitting outside on slightly damp benches.  Great selection of beers. 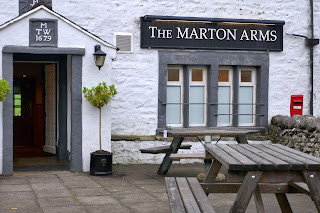 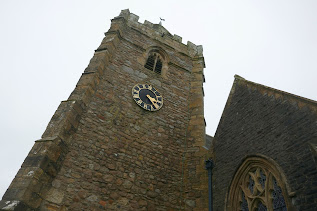 We went back to the pub later having booked a table online only to find we had booked a table right next to the bar, which turned out to be not much better than the bar itself.  The staff found us a much better table in what was a packed restaurant when we said we might leave it and try somewhere else.  Just as well...because there really wasn't anywhere else and we would have gone hungry! We were quite excited by the photos of the food on their website.  However, we had a choice of pie and chips, fish and chips, steak and chips, a pasta dish and a few salads. The special was chicken curry and chips.  Presumably, the chef was self isolating! An expensive meal for what we got but never mind, better than something out of a tin back at the caravan

After entirely predictable toilet block chaos in the morning we set out for a walk in nearby Kingsdale. 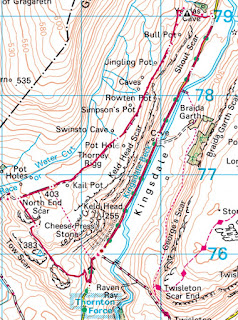 A walk with three highlights - Tow Scar, the Cheese Press Stone and Yorda's Cave.  The weather improved after a murky, drizzly start. 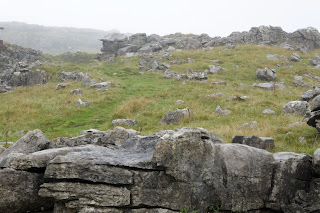 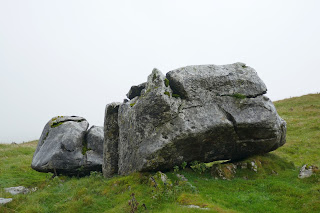 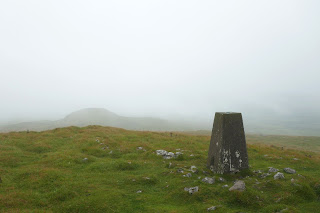 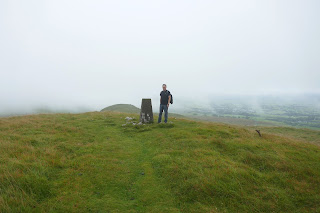 Then the Cheese Press Stone...we don't know anything about this.  Tried to find a geocache near it, but we soon gave up! 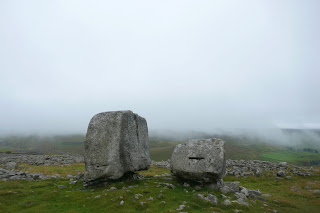 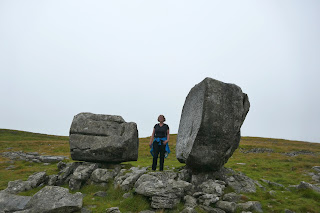 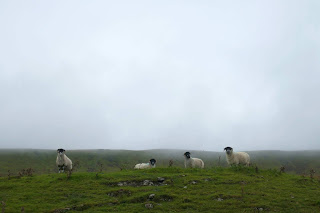 Then Yorda's Cave...definitely the highlight of the walk.  A massive cave which we had all to ourselves.  It was a bit disconcerting to start with until our eyes adjusted to the darkness, pitch black, with the sound of rushing water in the background.  The pics really don't do it justice.  We kept expecting someone to jump out from the shadows and one of the pics looks a bit like someone disappearing into a crevice.  Just as well nobody jumped out, we probably would have had a heart attack!  We walked to it but you can drive and park right outside.  Highly recommended. 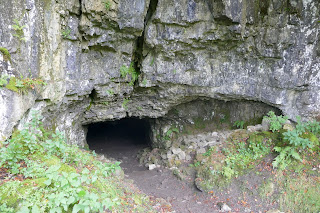 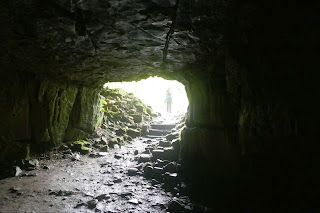 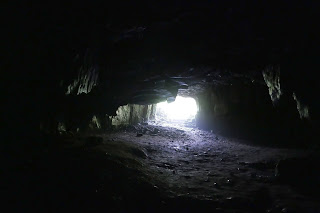 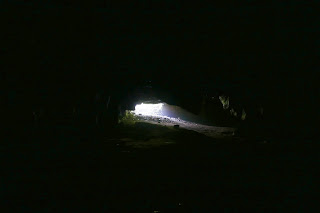 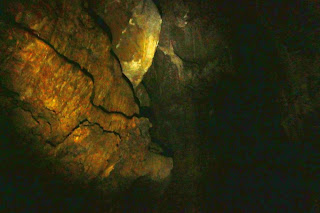 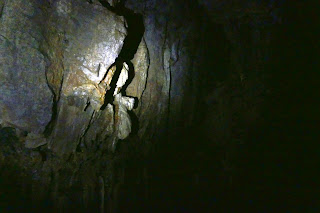 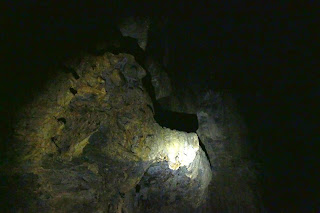 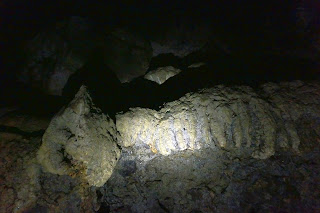 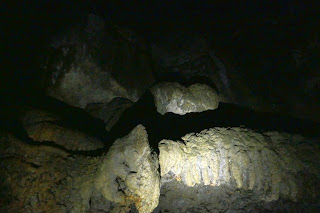 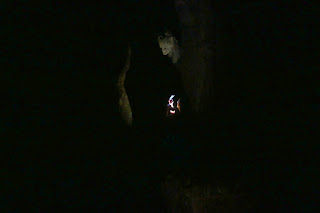 J using torch app...we only had one torch! 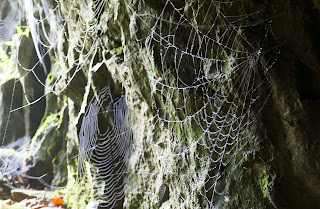 A spooky halloween pic.
In the afternoon we headed back to the Marton Arms and then had what will probably be our final barbecue of the year.  Quite a warm night, we sat outside the caravan until quite late wishing we had more wine! 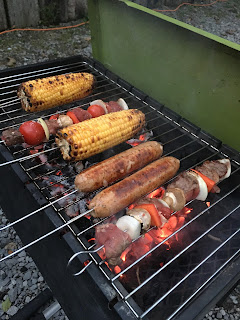 Sunday
More toilet block chaos in the morning, but we managed to get away early only to get held up in traffic on the M6 after dropping the caravan off.
Coming soon...
A week off work for D in October so at least a couple of trips that month.  We can only do two night trips at the moment due to an elderly cat and a 2 day feeder!
Posted by Our Caravan Blog at 22:12