Our second trip of the year and our first three night trip for a very long time.  Our destination...Coniston. 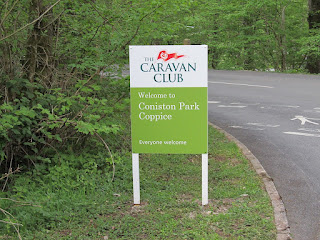 Sunday
A Sunday start for a change.  We set off early and arrived just after midday to find the site almost empty...just how we like it!  Our favourite pitch was taken, so after a quick drive around the site we settled on pitch no. 180, which is a pitch we have been on before.  Nice and secluded but a bit of a trek to the facilities. 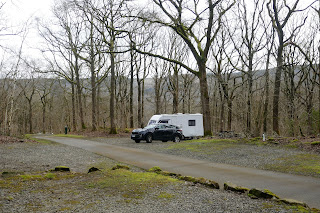 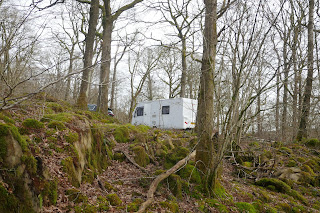 A break with tradition today, we had dinner (a chicken and leek bake) instead of sandwiches and didn't make a dash for the nearest pub!  The weather was nice enough for us to sit outside the caravan for a while.
Then we made a belated dash for the nearest pub!  It's a good 45 minute walk into the village from the site, through a campsite which is normally quite noisy, but was empty on this occasion apart from some sorry looking sheep.  Probably not open yet, it is still quite early in the season. 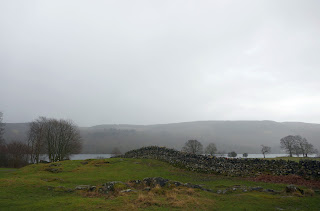 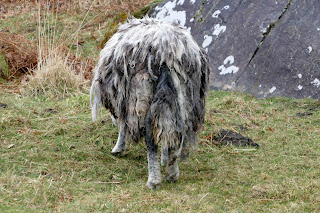 Once in the village we had a beer in three of the four pubs.  First the Black Bull, then the Sun, then the Yewdale Inn, where we were hoping to take part in their Sunday night quiz...a bargain at £5 per team!  But it wasn't to be.  It was supposed to start at 8 but at 8.30 there was still no sign of a quiz master or any teams so we gave up and headed back to the site.
The way we came, through the campsite, is the long route and was quite muddy, so we walked back on paths which mostly follow the road.  We had to make a slight detour at one point but made it back to the bright lights of the site. 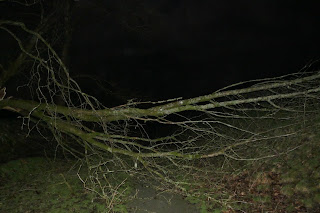 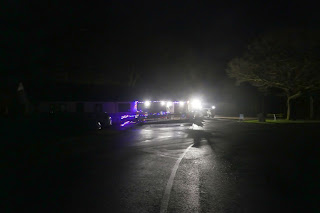 A strange sound in the night, after we had gone to bed, like someone walking around our pitch but by the time D had got dressed enough to have a look there was nothing to be seen!  It's a dark site at night, so maybe someone was lost and thought our caravan was theirs.  Luckily they didn't try the door!  More likely a fox or a badger, but if it was it was a big one!  Spooky!
Monday
A bit of sun in the morning but the forecast said it wouldn't last so we set off early for a walk up Loughrigg Fell from Skelwith Bridge. 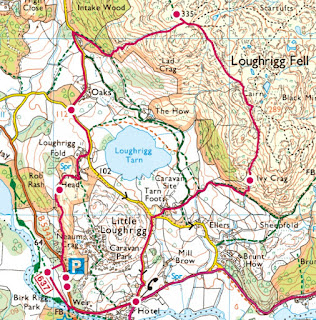 Blue sky quickly gave way to cloud but it didn't start to rain until we got back to the car. 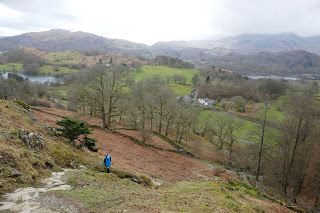 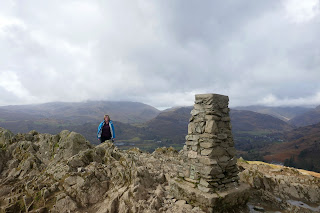 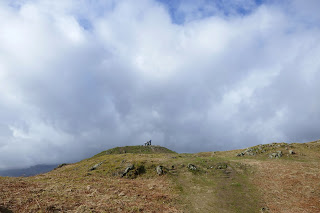 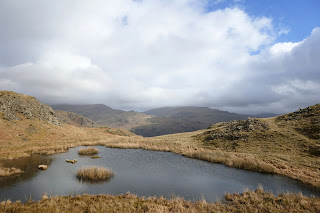 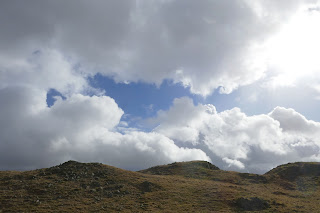 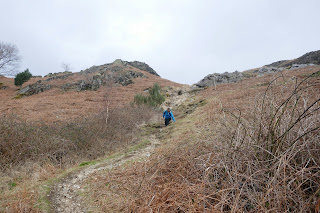 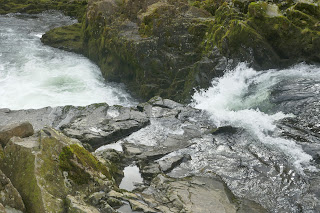 We popped into Ambleside but it was surprisingly busy and we didn't stay long.  It's something of a tradition to trudge around Ambleside in the rain if we are in the area!
It rained all afternoon and into the evening, so we were stuck inside the caravan for the rest of the day.
Another strange sound late at night, like part of a tree falling down, which is probably what it was!  Not sure why it chose that moment to do it because it wasn't particularly windy.  Couldn't tell which one it was in the morning because there were already plenty of fallen trees around as a result of the winter storms.  Luckily it didn't hit the car or caravan!
Tuesday
Our bonus day.  One of us got up quite late, so we had a sausage sandwich for brunch and then went for a stroll to nearby Torver, finding 6 out of 7 geocaches along the way which is a record for us.  We should have found the 7th but we are quite lazy geocachers and give up very quickly! 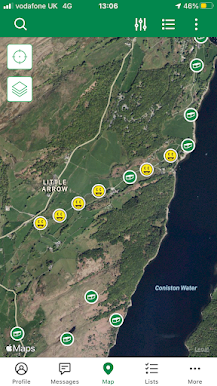 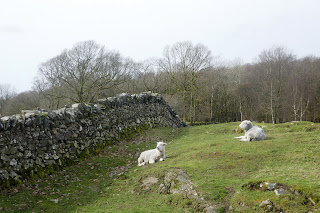 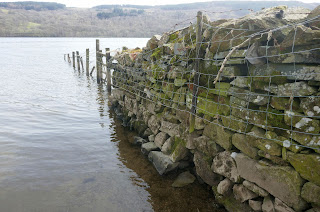 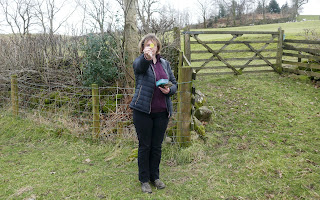 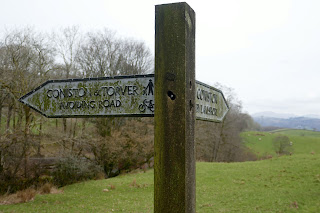 Had a pint sitting outside the Wilson Arms and would have had a second had the Loweswater Gold not run out!
We went past a "honesty shop" on the way back, but it was sold out of lemon drizzle cake so we had to make do with a bag of sweets instead! 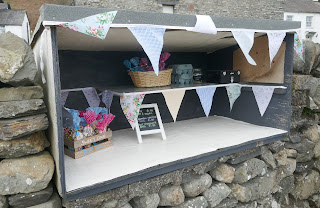 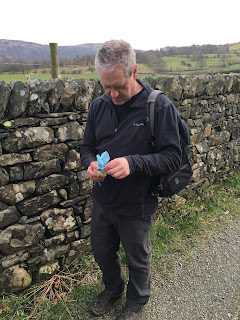 We headed back into Coniston in the evening for chippy Tuesday in the Crown, our fifth pub of the trip.  Chippy Tuesday is  fish and chips for £7, so quite good value for the lakes.  The Crown is a Robinsons pub and is our least favourite in the village, but good for food.
Whilst having a pre dinner drink outside the Black Bull we saw sheep being herded along the main road.  They went the wrong way at first and had to be turned around! 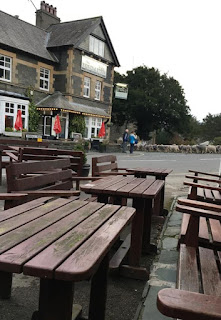 No strange noises in the night tonight!
Wednesday
It started to rain as we were packing up but we didn't get too wet and it was an uneventful journey home.
Coming soon...
Nothing booked but we hope to get away again before Easter, before it get's too busy!  Probably Windermere or Kendal.