Our third trip of the year is to the Windermere C&CC site, which is actually in Staveley, about half way between Kendal and Windermere.

Normally a site we would come to for the Hawkshead brewery beer festivals but alas, no spring one this year, presumably thanks to the legacy of covid-19.

A Thursday start so that J could be at home for mothers day.

The journey took less time than we thought and we arrived about 15 minutes early and had to park up in a layby near the entrance so that we didn't fall foul of their strict 1pm earliest arrival policy, only to watch several caravans and motorhomes sail past.  Even more annoying when we saw them setting up on our first choice pitches!

Our nearest neighbour was a massive tent, which is quite unusual, but they were no trouble.  The site was very busy. 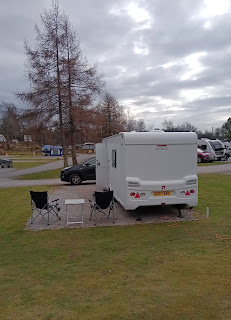 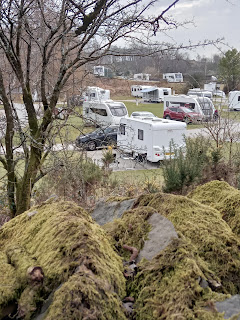 Just phone pics this trip, we forgot the camera...again!

Nice weather so we sat outside the caravan for a while and then headed off across the fields to Staveley.  Stopped to check on  our geocache on the way and left a trackable in it, a laminated pic of our much missed cat. Sneaky the cat trackable 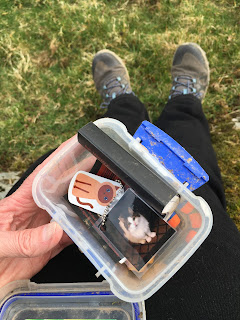 First a pint of Loweswater Gold sitting outside the Eagle and Child, by the river. 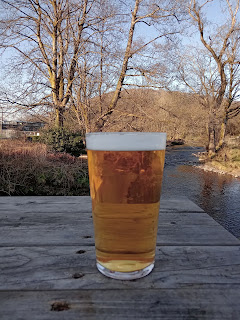 Then another pint in the Hawkshead brewery beer hall.  We didn't stay long because they close at 7pm on a Thursday, so we headed back to the Eagle and Child which we'd booked earlier.  We stayed for their quiz but didn't win anything!  Don't think we came last!

Then a long walk back across the fields in the dark, thank goodness for torch app. 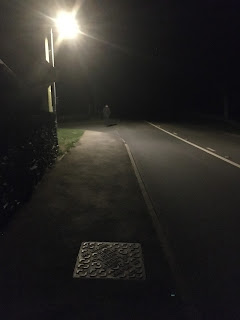 Even better weather today, so we were up early for a walk from Sadgill to Skeggles Water, near Kentmere. 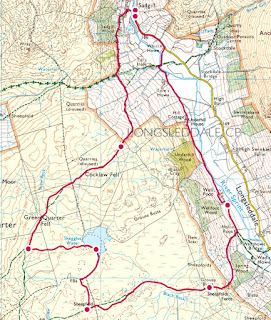 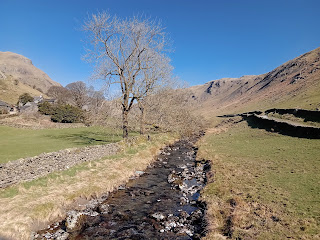 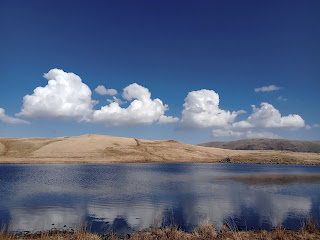 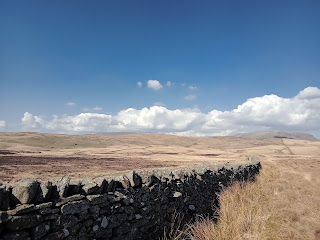 The tarn was teeming with frogs, doing what frogs do in the spring! 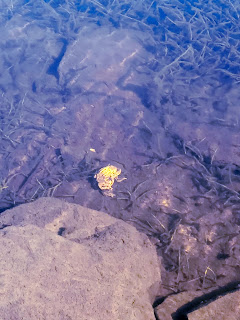 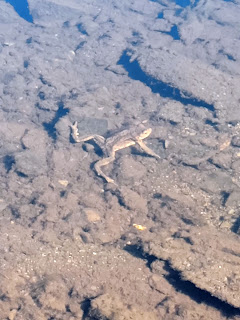 The phone pics are ok but would have been so much better with the camera.  What a day to forget it!
Lots of cute lambs near the end of the walk.  At one point we had to retrace our steps and take a detour of about half  mile because a mother sheep and her lambs would not budge from a gate we had to go through.  We didn't have the heart to move them! 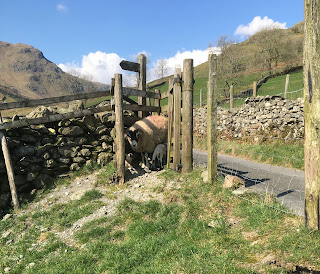 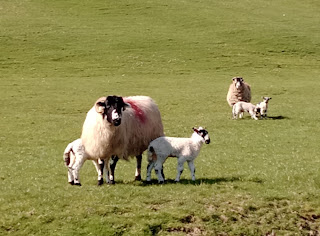 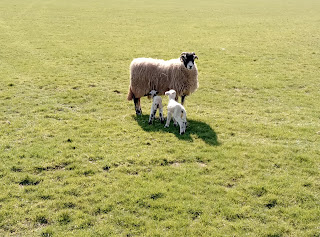 Lounged around the caravan in the afternoon.  Despite being pretty much full the site was very quiet and peaceful. 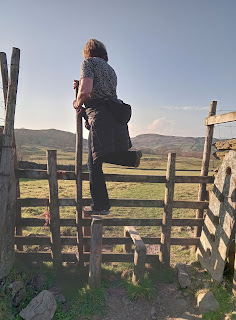 Then we headed back to Staveley for a couple of drinks and food in the beer hall.  They are not doing hot food at the moment, so we had to make do with a massive cheese board and a scotch egg! 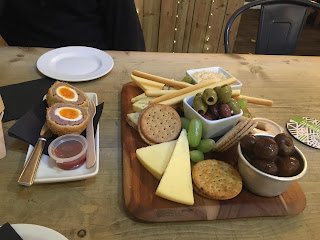 We got back to the caravan quite early for a game of Cluedo, which J had never played before!  A victory for D. 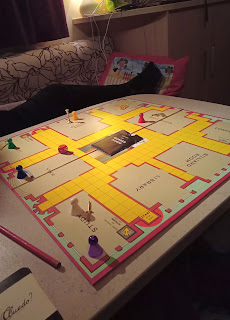 Saturday
We left early and were home before 11.
Coming soon...
Hopefully another trip next week, then we will stay at home until after the Easter madness!
Posted by Our Caravan Blog at 18:12