We were originally going to go to Kendal this weekend, and had a walk worked out and tickets for a film at the Brewery Arts Centre ("A girl walks home alone at night"...an Iranian vampire western!) but for some reason we did a last minute search for availability at Castlerigg Hall and hey presto...several pitches available.  We booked pitch no. 51 immediately.  We usually go to Keswick around this time of year and thought we couldn't due to lack of availabilty. 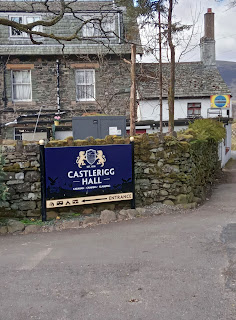 Keswick is a long way to go for a two night trip but we managed to get there for just after 1pm  and were shown to pitch no. 51, which is a new part of the site for us.  A pretty good pitch, mostly due to the fact that most of the surrounding pitches were unoccupied. 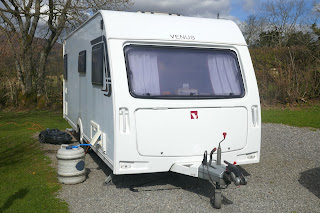 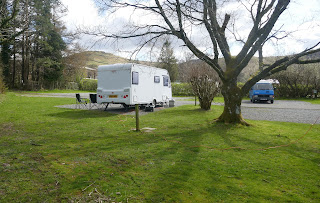 We took our time setting up and then headed down the hill into Keswick for a look around the outdoor shops and then dinner and drinks in the Wainwright, which is our pub of choice in Keswick these days partly due to the fact that it is almost impossible to get in to the Dog and Gun! 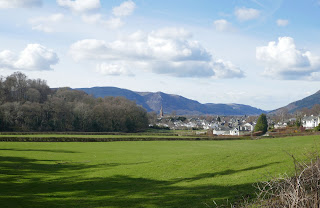 Hope they didn't miss us too much at the Brewery Arts Centre.  Last time we checked there were 6 tickets booked for the Iranian vampire movie and two of them were us!
No taxis available in the square so we had to walk back up the hill to the site, at least it wasn't dark this time!
There used to be an on site restaurant but it closed a couple of years ago and has been turned into a campers lounge.  A nice, cosy place to be on a cold night. 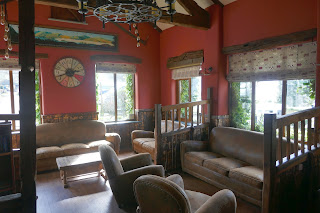 Quite a cold night but we'd come prepared.  The newly purchased mini electric oil filled radiator worked a treat.  The blown air heating in this caravan is rubbish unless you have it on maximum and then it's too noisy!
Saturday
The plan for today was a walk to the summit of the wonderfully named Great Cockup and three other wainwrights, but the walk lived up to its name.  A great cockup on the parking front!  We got up late and there were no spaces available when we got there!
Luckily we had a plan B, which was to tackle the isolated, outlying fell...Binsey.  A wainwright, but just one summit bagged instead of the planned four.

We parked at Over Water and then most of the walk was along a quiet county lane.  The weather was excellent throughout.  Lots of cute lambs en route. 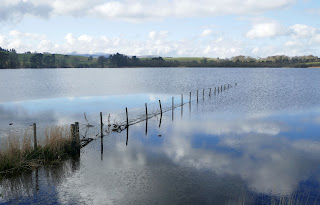 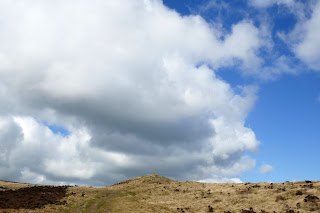 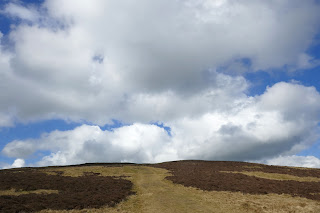 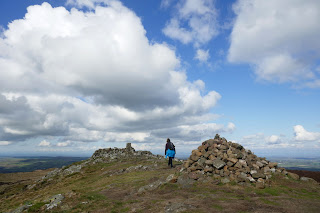 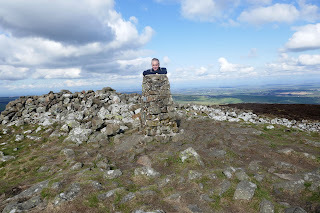 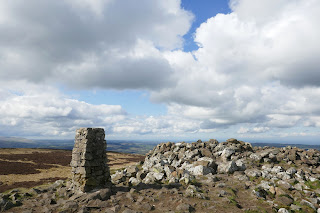 We saw a couple of dogs off lead and feared the worst... 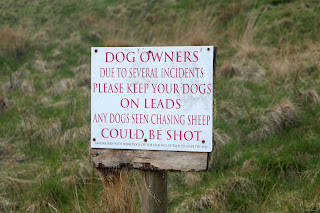 The walk wasn't as strenuous as originally planned so in the afternoon we had enough energy left to walk back down into Keswick for more drinks!
Then we got a bus back to the site and had dinner sitting outside the caravan.  It was pretty cold! 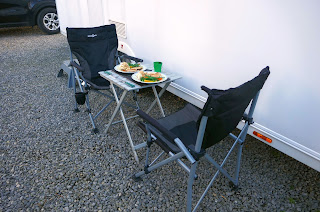 Afterwards we popped in to the nearby Crag bar.  Well, a trip to Castlerigg Hall wouldn't be the same if we didn't show our faces... 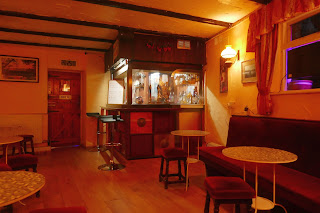 Sunday
A long journey home and we didn't leave particularly early!  The man at our storage site has been very friendly on the last few occasions and this was no exception!
Coming soon...
That's it for a few weeks.  We are busy next weekend and don't usually go away at Easter because everywhere is too busy!  At least we have managed to make the most of the nice spring weather.