Two blogs for the price of one

A week off for D, so two back to back trips – three nights in Ravenglass, two nights in Garstang.

Ravenglass is still one of our favourite sites and this was to be our second visit this year. 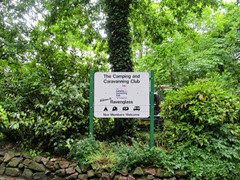 A Sunday start, so very little traffic on the roads.  We arrived quite early, expecting it to be deserted, but it was actually pretty full.  We managed to get one of pitches we had requested, number 20, but quickly regretted it as D struggled to reverse the caravan up a slight hill, hampered by a parked car opposite.  After a bit of a struggle he managed to get the caravan onto the pitch and we used the motor mover to position it.  A very strong smell of burnt out clutch, which was to be a feature of the entire week.  Also a nasty scratch to the front of the car – D must have hit a pitch marker!

Headed into Ravenglass village for a much needed drink or two, then back to the caravan for a barbecue.

Sunsets were to be a feature of this trip, and today’s was probably the best of them all. 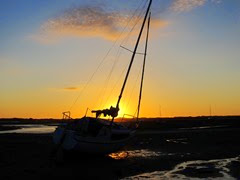 Up early and a short drive to Wasdale Head to climb Kirk Fell (802 metres).  A pretty strenuous walk in unseasonal heat, but another Wainwright ticked off.  We thought about carrying on to Great Gable but decided against it, wimps that we are! 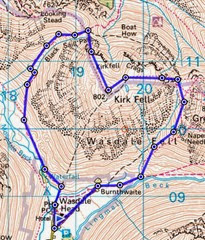 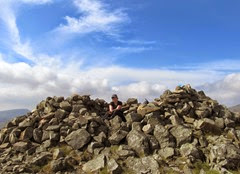 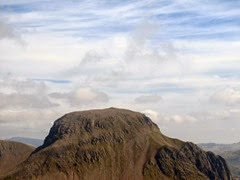 Great Gable from the summit of Kirk Fell, just a bit too much for us today

A drink in the Wasdale Head Inn, then back to the caravan for dinner, followed by another great sunset and more drinks in the village. 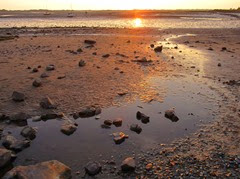 Drove into Whitehaven, and had a wander around the town and the harbour.  We have been there before, but in the rain, so it was good to have time to look around without running from shelter to shelter. 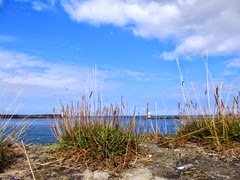 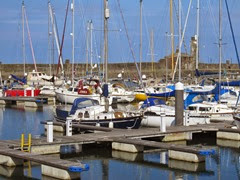 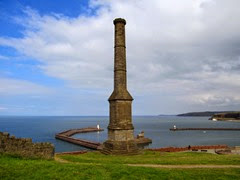 On the way back we stopped off at Drigg and had a walk along the beach.  It was pretty warm by then, so we didn’t walk all the way along to the estuary, but we will next time we visit. 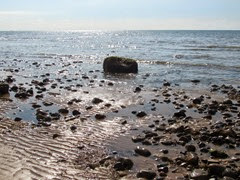 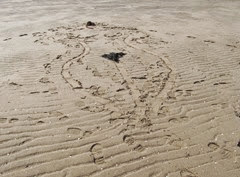 Very artistic, can you make out what it is?  We didn’t do it, it was already there.

In the evening we had dinner in the Pennington Hotel.  D was looking forward to wood pigeon followed by duck, having looked at the menu the day before, but of course it had changed.  Still, the food was well presented and very nice and we had 50% off due to our Gourmet Card, so we couldn’t grumble.

Another pretty good sunset before dinner. 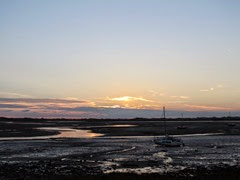 Relocated to Bridgehouse Marina, Garstang, a new site.  We purchased our new caravan from a dealer about two miles away, which is how we found out about this site.  No problems with the journey, despite the still strong smell of burnt clutch material!

As the name suggests, this is a marina on the Lancaster canal, with a caravan park attached.  Mostly statics and seasonal tourers, but plenty of vacancies mid-week.  Toilets and showers a bit dated, but ok for a couple of days. 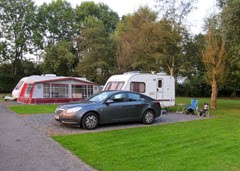 No problems getting onto the pitch this time.  There was a grassy play area immediately behind us but all we saw playing in it when we were there were rabbits…lots of them!  And ducks… 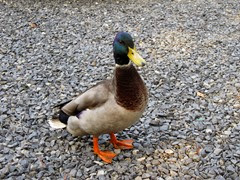 …so many ducks, and so greedy!

Walked along the canal to Garstang in the afternoon, for a couple of drinks in a couple of pubs.  Th’Owd Tithe Barn was our favourite, right on the canal. 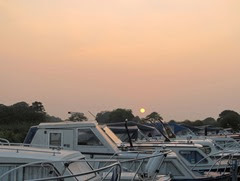 A walk along the canal and then back to Garstang via the river, which turned out to be a lot longer and more hazardous than we thought. 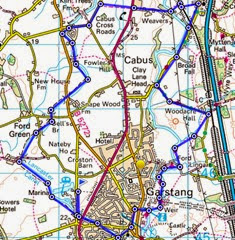 Hazardous due to a herd of cows blocking our way… 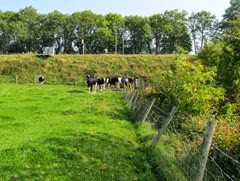 We waited a while and eventually they started to amble away from the gate.  We seized the opportunity, but they seemed very interested in us as we squeezed past them, (one of them drooled on J)   Luckily we had a good internet signal on the phone, and a google search ‘ how to get past cows’ suggested waving your arms about as it scares them away, and it did work for a few seconds, but they kept coming back.  Anyway, we made it to safety.  Good job they weren’t bulls! 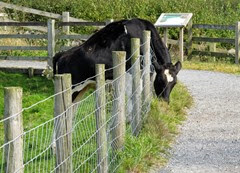 The grass is always greener on the other side.

We got a bit lost on the way to Garstang and a 6 mile trip turned to 9 and a half! Arrived in the town on market day tired and hot. After a sandwich in the park we picked up some meat from the butcher’s and had another barbecue back at the site.  Part of today’s walk was through a cornfield, and we couldn’t resist grabbing some sweetcorn on the way, but it didn’t turn out too well on the barbecue, although the ever greedy ducks seemed quite interested. 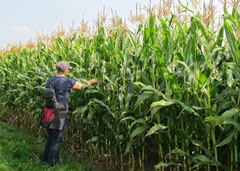 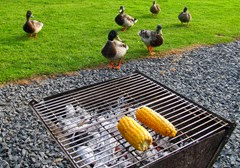 Afterwards we sat watching the rabbits for a while, and then walked along the canal to Th’Owd Tithe Barn for a couple of drinks.

Last trip for the not much loved Vauxhall Insignia, which has now been replaced by a Skoda Octavia.  Nothing to do with the clutch problem of the last few days, the final straw was squeaky brakes which we could not get fixed despite replacing all of the pads, discs and one of the callipers.  D swears it was something to do with the electronic handbrake, but we will never know and It’s the car dealers problem now!  Hopefully the Skoda will tow the caravan ok, despite being less powerful than the Vauxhall, and the Ford Mondeo we had before that.

Chipping, Lancashire, although it’s not booked yet.  Depends how quickly we can get a towbar fitted!