We’ve been neglecting north Cumbria lately in favour of the south, so a trip to Ullswater was long overdue.  A good test of the new towcar, lots of exposed motorway and quite windy.  It coped ok although it is not as stable as the Insignia or Mondeo, so D has to concentrate a bit harder. 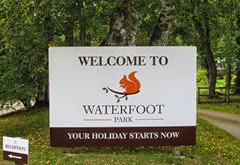 Waterfoot Park is a pretty good site, the only negative being that the pitches are quite small and not too level.  Under new management, pitches are now allocated whereas before you could choose your own.  We got pitch no. 10, which we probably would have chosen anyway, so no problem.  Luckily quite a long way away from two caravans with a total of ten bicycles, a mixture of adults and children.  They were actually pretty quiet all weekend.

No problems getting onto the pitch, thanks to the motor mover, and we even managed to motor move it up onto a levelling block.  The couple next to us seemed pretty impressed! 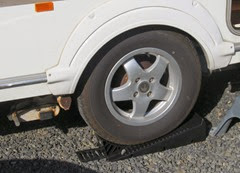 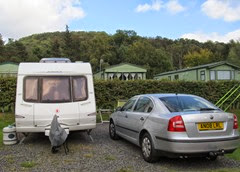 Had a stroll around the site after setting everything up and popped into the onsite pub, which has improved massively since our last visit.  It even had a couple of decent beers.

Walked into Pooley Bridge and had a drink there, then back to the site for dinner in the caravan followed by another visit to the onsite pub.  Good sunset pic on the way back to the site… 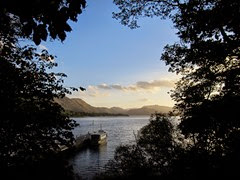 Three Wainwright’s today, Dove Crag (792 metres), Hart Crag (822 metres) and Hartsop above How (580 metres), a round trip of about 7 miles made much more difficult by the weather.  It seems like ages since we have been walking in less than perfect weather, so it made a nice change. 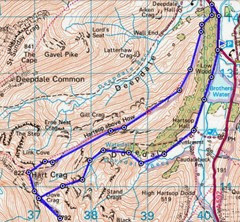 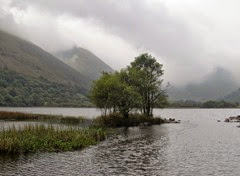 Low cloud meant visibility at the top was poor, and it was very windy in places.  Lots of non walkers around, we were twice asked for directions by people armed with a guide book map and wearing inappropriate clothing.  Hope they made it back ok! 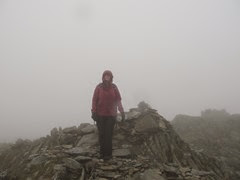 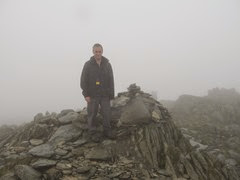 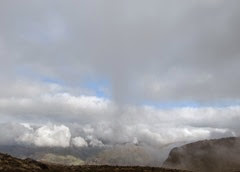 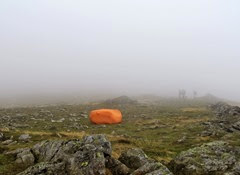 A survival shelter with 4 people crammed in it, near the top of Dove Crag.  It was bad but not that bad! 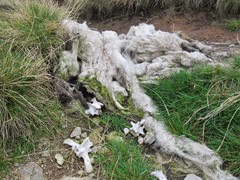 We think this used to be a sheep! 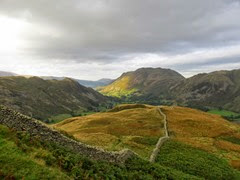 Some pretty reasonable pics this weekend but Windows Live Writer won’t let us upload a gallery any more!

Fish and chips from a mobile fish and chip van for dinner, then we stayed in the caravan all night, too lazy even to walk up to the onsite pub.The 240v electrical supply cut out twice, a problem with the site, we think.  The second time we heard a rustling outside the caravan and J opened the door to find a carrier bag full of rubbish moving on it’s own.  Further investigation revealed a hedgehog with a leftover chip! 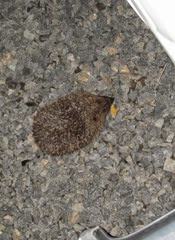 Penrith in the morning, then Haweswater in the afternoon, in search of the last golden eagle in England.  We found a couple of geo-caches but no sign of the eagle.  The closest we got… 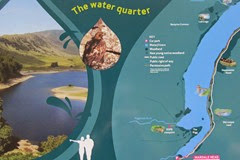 We’ve been to Haweswater a lot over the years, but have never seen it so busy.  It turns out it was on the news, because the water level is so low that the remains of the flooded village of Mardale are visible, hence the hoards of people and lack of parking! 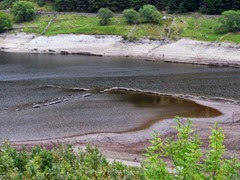 After dinner we walked into Pooley Bridge and had a couple of drinks in a couple of almost empty pubs.  Then back through the pitch black woods, not as hard or scary as we thought it might be.

We managed to get away quite early and it took just over two hours to get back to our storage site.

A three night trip to Hawes.