Our ageing Avondale Dart 440 has gone, replaced by a 2005 Swift Charisma 220.  We got what we thought was a really generous part exchange for the Avondale, only to find out that the dealer is now selling it for £1,000 more!  We are still pleased with what we paid, though.  The new caravan is more modern in appearance, inside and out, and we particularly like the L shaped kitchen.  Here are some pics… 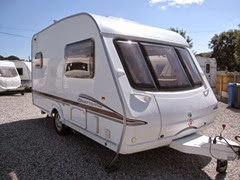 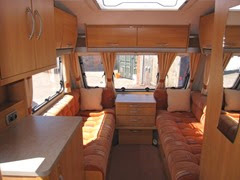 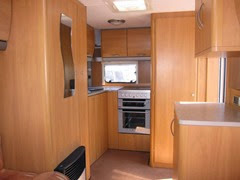 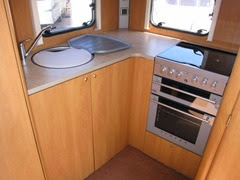 This week’s trip was something of a fact finding mission.  We found lots of things wrong with out last caravan on the first trip, but not this time.  Everything works.

We have been meaning to visit Lady Margaret’s Park, Chirk for a while, the main attraction this time being that it was reasonably close to home.  It’s a typical Caravan Club site with massive hard standing pitches and good facilities.  Chirk is a short walk away, as is the Llangollen canal.  We didn’t, but it’s possible to walk along the canal to Llangollen.  The only negative about this site is noise from a nearby factory, but it didn’t bother us. 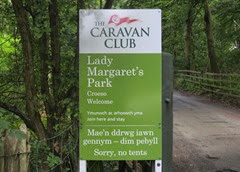 Arrived dead on noon, because the journey took much less time than we thought it would, so we had our pick of pitches.  We chose one in Primrose Dell, a nice quiet part of the site.

Aren’t motor movers great?!  Our new caravan has one.  All D has to do now is reverse the caravan onto the pitch, anywhere will do, and the motor mover does the rest! 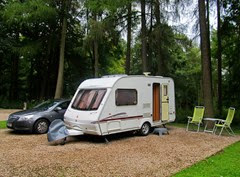 We played with the caravan for a while, but nothing needed fixing so there wasn’t much to do.  D fixed a bin to the inside of one of the cupboards (still no door bin) and ran an extension lead under the seats so that we could have a lamp at the front of the caravan, but that was it.

It was still early so we decided to walk along the Llangollen canal to the nearby Bridge Inn, through a long tunnel and over an aqueduct. 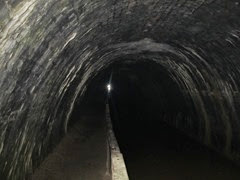 Luckily we had a torch! 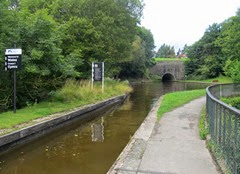 A nice enough walk, but would have been nicer if the pub had been open!

Spent the evening in the caravan listening to the radio, drinking wine and playing scrabble (J won, as she always does).  A bit of a shock when we found the fitted sheet was too small for the new bed, but we managed to get it on somehow.

Woke up quite late – the bed is more comfortable than the last one, with less ridges where the cushions meet. There is also a blackout screen on the rooflight – we used to have to insert a piece of cardboard!

Chirk castle is about a mile and a half away, so we walked to it, grabbing a couple of easily found geo-caches on the way.  Admission is free to National Trust members, which we are.  We have been members for about 8 months now and this is only the second time we have used our membership card. 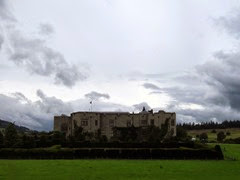 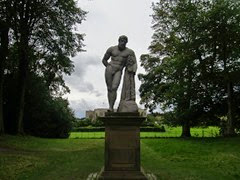 Statue of Hercules (he’s a big lad!) with the castle in the background.

One of his arms is not made of stone but you’d never know. 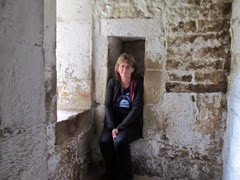 J sitting on a medieval toilet inside the castle!

We got back to the caravan mid afternoon and lounged around, before heading into Chirk for a meal in an Indian restaurant.  The only Indian restaurant we have been in where our waiter was not Indian!  Great food and a lot of Cobra beer.  At the end a red carnation for J, which she lost on the way back to the site.

No problems packing everything away or getting home.  The only thing we can find wrong with the caravan is that one of the tyres is about 10 years old, so back at the storage site D took the wheel off and replaced it with the spare.  We will get a new tyre before our next trip.

D has a week off soon, so a midweek trip, probably to Ravenglass.  We are aiming to use the new caravan as much as possible before winter sets in.